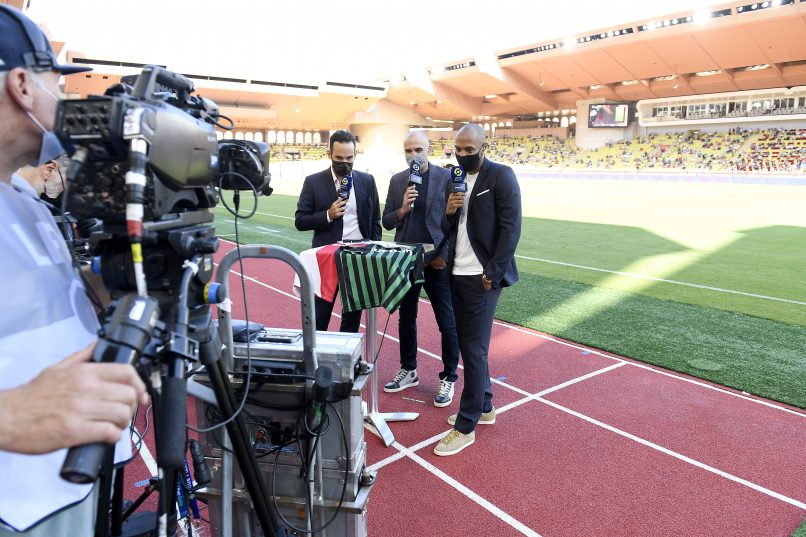 In an interview with Le Parisien today, France legend Thierry Henry discussed his role as a pundit on Amazon Prime’s lineup for their Ligue 1 coverage this season, highlighting the opportunity for him to reconnect with sets of fans and a league he had rarely returned to in the last two decades.

The Arsenal legend also gave his verdict on Lionel Messi’s arrival at Paris Saint-Germain, as well as his reaction to witnessing the Lens-Lille derby for the time in the flesh.

How does it feel to see Lionel Messi at the Parc des Princes, in a PSG shirt?

Even if you know I will always be an Arsenal fan, let’s be a bit chauvinistic here – seeing Messi at the Parc is fantastic. We all want to see the fantastic trio, with Mbappé and Neymar, play together and show us great things on the pitch. We’re expecting a lot of PSG, we’d like for it to all come together, for it to work. Especially in the Champions League. PSG have been getting closer to it for two years now. They’re the likeliest French club to win it and succeed Marseille, nearly 30 years on [after OM won it]. It would be great for Ligue 1 and French football in general.

On being a pundit for Amazon

It’s nothing but enjoyment. We’ve been given very good conditions to work in. I’m lucky to be with some good guys, Ben [Cheyrou], Thibault [Le Rol], Smaïl [Bouabdellah] – we make a good team and it allows me to reconnect with French football fans and Ligue 1. In every stadium, we’ve a warm welcome. You have great atmospheres, great pitches, and even if we [the pundits] can’t play anymore, obviously, we’re rediscovering some good sensations.

On his minute preparation for each game

It seems normal to me to work on preparing the games I cover. I’ve always done so and I enjoy it. Except for my brief spell as Monaco manager, I’d been away from France for a while, I’d lost that closeness with Ligue 1 and its crowds. This role as a pundit for Amazon allows me to go back on my journey and relive certain emotions. When I arrive at a stadium, I walk through the hallways and on the pitch.

The emotions come back up to the surface – I came back to Monaco, where it all started for me, where I scored my first Ligue 1 goals. It obviously moved me. On Saturday, I saw Bollaert [Lens stadium] again, I remembered that it was where I had my first France call-up. I also remembered a goal I scored against [Guillaume] Warmuz, and the build-up that preceded it. Everywhere I go, I have memories of different matches and goals. But at Bollaert, it was even more intense.

I won’t go back on what happened between the supporters, those are scenes we don’t want to see again. I’d rather remember the stadium chanting, in harmony. It was beautiful. I also watched Lens-Lille derbies on TV. I’d never had the chance to see one live yet. It was spine-tingling. Just as I saw Lens supporters in tears because they hadn’t beaten Lille in 15 years. I’m experiencing some great emotions, it’s an all-round pleasure.

I remain assistant manager of the Belgium national team. I’d like to thank the manager, Roberto Martinez, for bringing me back into the staff. I have Belgium and Amazon, I’m very happy for the time being. Honestly, I’m not missing anything. We’ll see what the future has in store for me, I’ll calmly wait for the projects that get put forward to me in the future.