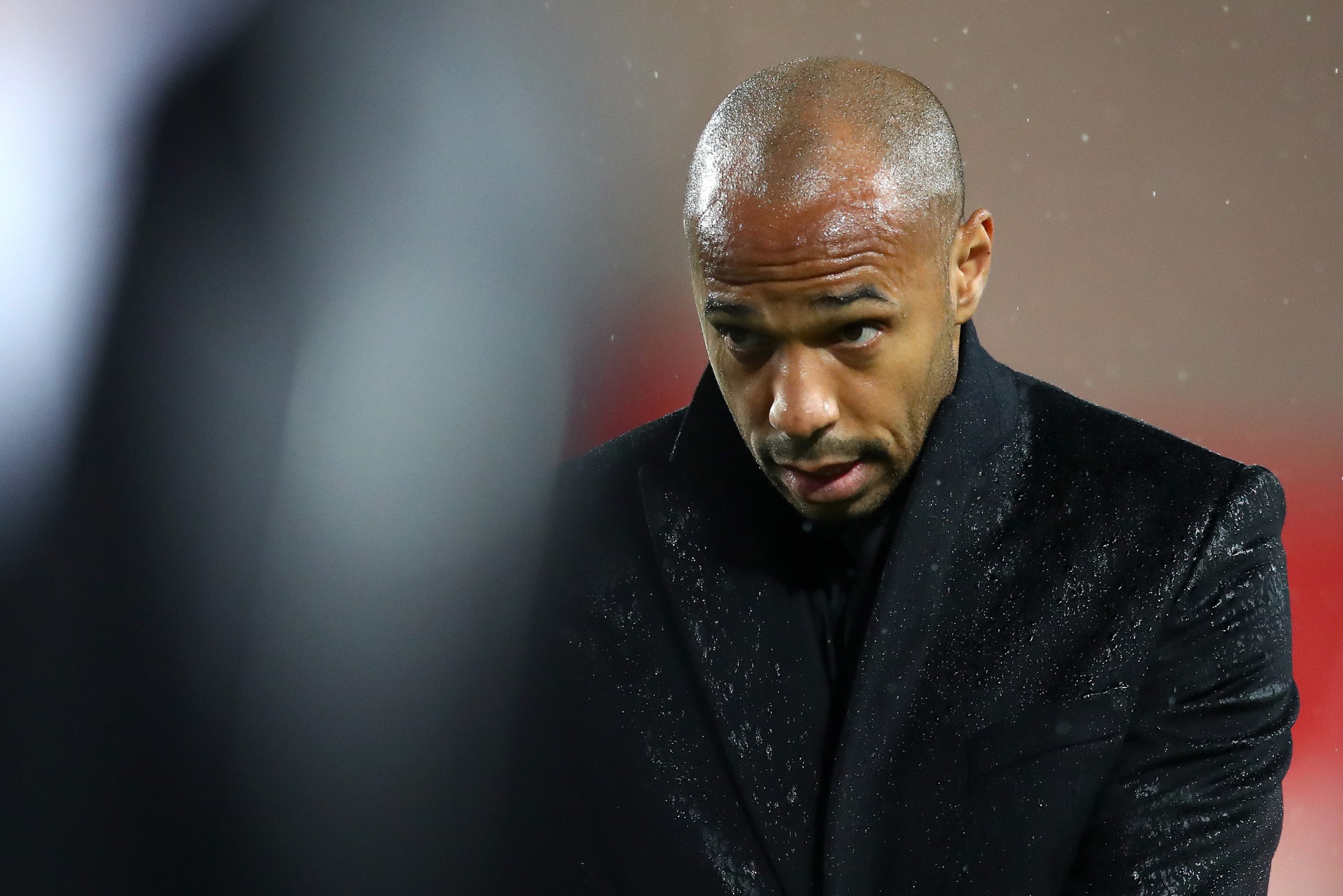 In an interview published in L’Équipe, former striker Thierry Henry has discussed his new role as the flagship pundit on Prime Video’s domestic Ligue 1 coverage. The Frenchman comments on his relationship with the players he interviews, his meticulous preparation, and his view on tonight’s Classique between Paris Saint-Germain and Marseille.

I’ve been waiting for it because I know it’s going to be my first one. I’ve never had the chance to go see an OM-PSG game, I’ve always watched it on TV, never at the Vélodrome. In fact, I’m experiencing a lot of firsts as a spectator since I’ve been a pundit.

On how he prepares for games

It’s quite easy because I watch a lot of football. It’s simple, when it’s broadcast and I’m free, I watch it. Sometimes I stray a bit – Ligue 1, Premier League, La Liga, Serie A, Bundesliga, women’s football in England and in France – but those are the basics when you love it. I watch a bit of Ligue 2 but not every match. On top of that I have to analyse the performances of the Belgian players, so I also have to keep up with the Belgian and Dutch leagues. But there are only 24 hours in a day [laughs].

As a coach, always! I don’t look at the ball, I look at the 22 players. I don’t follow individuals but rather the whole, to see what is going on from a tactical perspective. I scan it and say – “the match will be won or lost here”. Sometimes I get it wrong, of course. The manager can change something or there can be an error. But there are obvious things at the start of a game which end up being true in general.

Not at all! I just know how hard it is. Arsène [Wenger] would tell me, “football is an art which is not often recognised”. Sometimes, we almost trivialise a 60-meter cross-field ball. But it’s difficult with the player’s run when it’s going just over the defender’s head. We can talk about placement, shooting a penalty, tackling, etc – all of that is difficult.

With French media, not the French people. The difference is that now, there is nobody between them and I. I speak directly to them.

It’s true that when I played, I was really playing. Right now we’re having a laugh around a cup of coffee, but if we get up and start playing, I’m not laughing anymore. If I have to step on my father’s head to win, I’ll do it and take him to hospital at the end of the game. When I analyse games, I am serious but I also crack some jokes and tease. I like to mess around. But the public has seen me play often.

My teammates would tell you that I was a pain on the pitch, always fussy and ranting. It’s true. However, they’ll say that off the pitch I was the first to mess around. Now, people can see that.