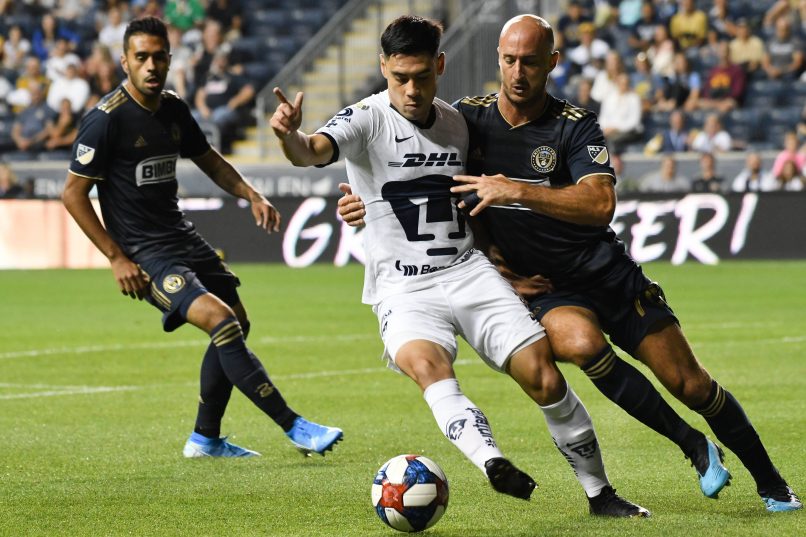 The United States has four of the biggest sports leagues in the world with the NBA, NFL, NHL, and MLS. Football fans in Europe will be very familiar with the latter as the Major Soccer League is the professional football league in the USA.

Some of the biggest names in the history of football have featured in the MLS, including Pele, David Beckham, and Thierry Henry. France’s Antoine Griezmann has already expressed his desire to play in the league before he retires.

A few eyebrows were raised when former Les Bleus international Blaise Matuidi made the move to the MLS to join Inter Miami, the newest franchise in the league. The Frenchman has played for some of the biggest clubs in Europe, including PSG and Juventus. At this stage of his career, he wanted a change and saw the MLS as his best option.

The World Cup winner played 15 times last season for Inter Miami, owned by Beckham. He is set to start his first full campaign in 2021 where he will be joined by Gonzalo Higuain. His franchise has high ambitions and is trying to attract more big names from Europe in the near future.

Matuidi continues to play with great energy on the pitch despite his age. He will be hoping to win some silverware this season to add to what has been a glittering career for the French star.

Rudy Gobert a French-born basketballer who is performing at the very highest level in his sport in the NBA. The centre plays for the Utah Jazz, the team he joined in 2013.

The 2019 French Player of the Year also represents his national team. He is considered to be one of the best rim protectors in the history of the NBA, which says a lot about his talent.

Gobert is one of just 10 players to win the Defensive Player of the Year Award in back-to-back years, a feat he achieved in 2019. Last season, the Utah team member was named an NBA All-Star for the first time in his career.

The Jazz centre scored an average of 15.1 points-per-game in the 2019-20 campaign. His side is 12/1 in the basketball betting to win the Western Conference this season. The Frenchman has won lots of major individual honours in the NBA but he is still waiting for some team success with Utah.

A player who may not be a household name in France is defender Aurelien Collin. The 34-year-old has had a fantastic career in the United States since moving there in 2011 to join Sporting Kansas City.

The man who was born in Paris won the MLS Cup in 2013 and was even named the Most Valuable Player in that game for his performance against Real Salt Lake.

Since arriving in the US, Collin has played 219 times for four different franchises, with his latest being Philadelphia Union.

Collin is now a free agent and is considering his options in 2021. He could sign another contract in Philadelphia or indeed join his fifth club in the MLS ahead of the new campaign. The experienced defender still has a lot to offer so there is unlikely to be a shortage of interest in his services.

With the quality of the MLS improving all the time, and the NBA, NFL, and NHL being the peak of their sports, we should continue to see some of the best French sports stars move to the US in the future.