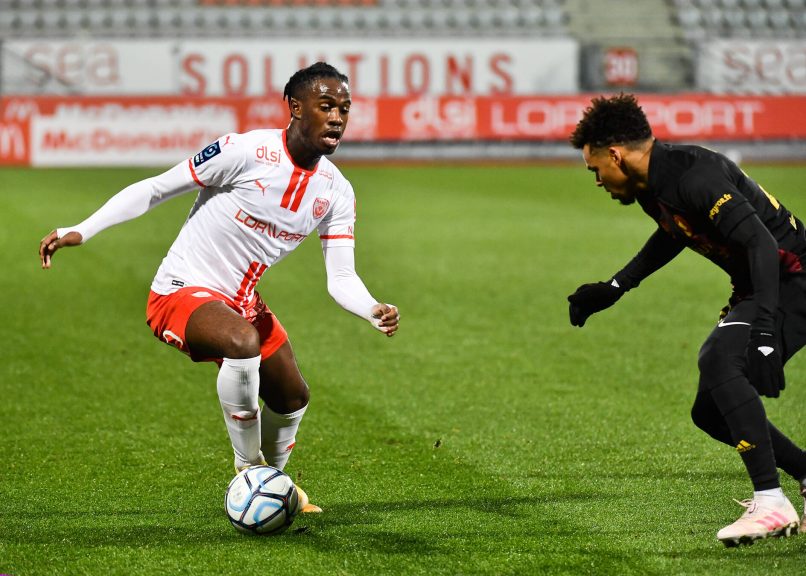 Speaking in an interview with the club’s official channels, 17-year-old midfielder Warren Bondo explained his decision to sign a professional contract with Ligue 2 side AS Nancy at the age of 15 rather than moving to a European giant.

“After my first season at Nancy, PSG made an enquiry about signing me. The two clubs did not reach an agreement. It would have made me happy to play for the club of my town and to return to the Paris region. But I was also very happy to sign a professional deal with Nancy. It was done thanks to president Jean-Michel Roussier and Eric Martin. I feel good at Nancy. I am at home. It has also allowed me to progress quickly. I maybe wouldn’t have had this chance at PSG, at Liverpool or at Inter.”

“I wanted to play in Ligue 2. As I quickly got myself a place in the reserves, I knew it was going to come one day or another. I was of course very happy when Eric Martin told me that I was going to train with the 1st team. That had been my dream to be part of the 1st team as quickly as possible. I was 16 and I don’t think that it can happen earlier than that.”

“I did not see myself being in the squad vs Grenoble, let alone coming onto the pitch! I was just thinking about profiting from the experience of being inside the squad. When the coach called on me, I was very motivated. I entered the match well but I was quickly sent off. I knew that I would get another chance. It was against Troyes in the starting XI. Then I was able to keep consistency and I don’t intend to stop here. I can do better!”