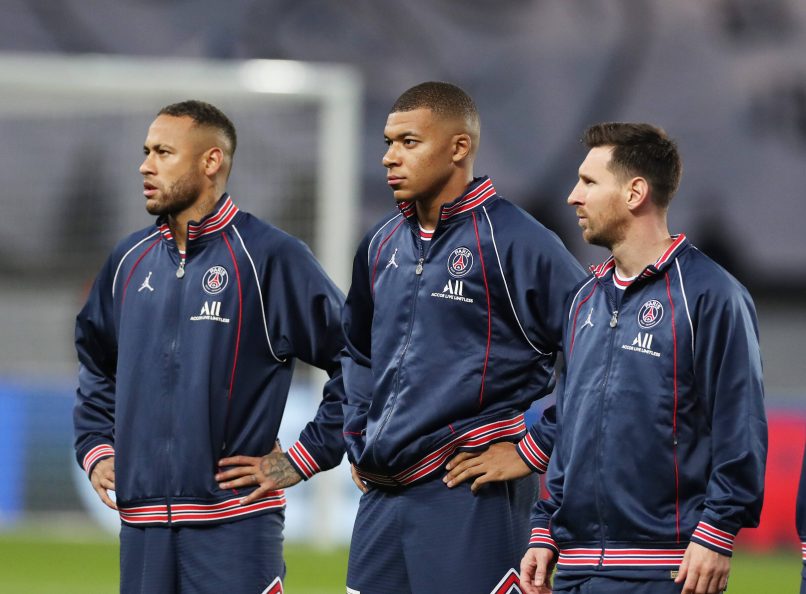 L’Équipe report that within the Paris Saint-Germain dressing room, the main languages spoken appear to be Spanish, Portuguese, English, and sometimes even Italian – rather than French.

Manager Mauricio Pochettino tends to carry out his training sessions in either Spanish or English – notably because most of his squad speaks Castilian, and that he feels his French is not yet at the required level. Several members of his staff are able to translate into French, notably his son Sebastiano, a physio, who undertook part of his studies in Paris.

Nevertheless, the fact that French is not the working language at the club can pose a barrier for youth players who arrive in the professional team, as on-loan Lens forward Arnaud Kalimuendo explained in his interview with L’Équipe.

The majority of PSG players understand the French language, but some are reticent to use it. For instance, Neymar, Ángel Di María and Keylor Navas never speak French, although they do understand it.

With their professional lives taking place almost entirely with those of the same nationality or tongue, some see no use in speaking French – especially when the likes of Kylian Mbappé, Idrissa Gueye and Abdou Diallo, make the effort to speak in Spanish and English. For instance, when full-back Thomas Meunier played for the club, he would speak to Ander Herrera in English, despite both speaking French.

Others like Mauro Icardi and Leandro Paredes, or new arrivals like Lionel Messi and Achraf Hakimi, speak no French at all. At the start of the era of Qatari ownership, arrivals from abroad were made to undertake French lessons – an obligation which quickly turned into an option, not least since the end of the Laurent Blanc era in 2016, the last time PSG had a Francophone coach.

Nevertheless, it is clear that several of the foreign players have an excellent command of French – namely Julian Draxler, Ander Herrera, Danilo Pereira or Thilo Kehrer. Rafinha and Juan Bernat are also able to hold conversations.