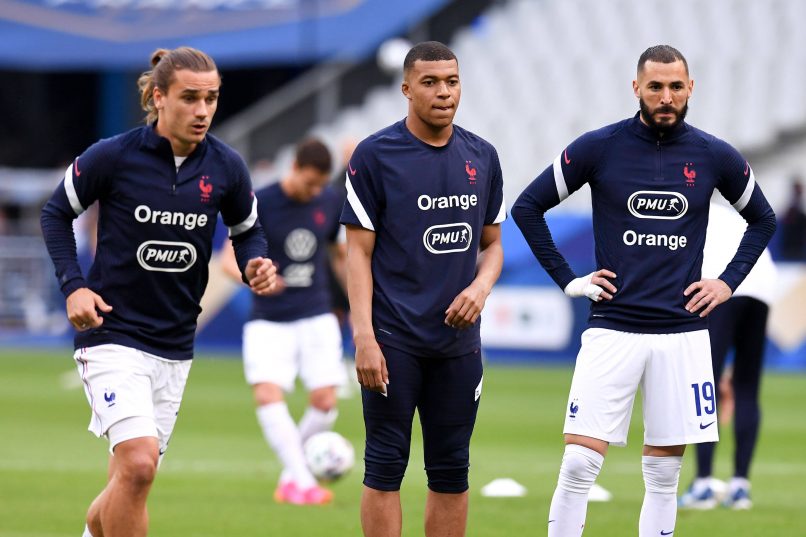 The French national team is going through somewhat of a golden generation. Similarly to 20 years ago, they are coming off a World Cup win and enter the tournament with high expectations.

Of course, back then, the squad consisted of legends like Zinedine Zidane, Patrick Viera, Thierry Henry and current national team manager Didier Deschamps, who captained the team. However, the current edition has names that could be as revered when remembered in the future. Nevertheless, can they do what the previous generation did and follow up a World Cup with a UEFA European Football Championship?

What the current French squad boasts more than any other squad is an unbelievably deep talent pool. Looking at some of the names that Deschamps left off the squad gives you an indication: Anthony Martial, Dayot Upamecano, Eduardo Camavinga and Tanguy Ndombele. Even Aymeric Laporte switched allegiances to the Spanish national team because he couldn’t get into the French squad.

This wealth of quality players available gives Deschamps plenty of options to adapt his squad or system. However, he rarely changes starting XI and is loyal to the team that won him the World Cup. Expect to see the likes of Antoine Griezmann, Kylian Mbappé, Paul Pogba, and Raphaël Varane.

The French team is stacked enough with quality to win it all. In fact, France is the second odds-on favourite to win the competition outright at 5/1, only trailing England at 9/2. It does appear rather strange that England is favoured over France, considering they haven’t won a major tournament since 1966. Nevertheless, odds for Euro 2021 would suggest both teams enter the summer strongly and would make for a thrilling final.

After their disastrous 2010 World Cup, France turned to youth development, which is now paying dividends. That summer, they brought an ageing and contentious squad, which ended in revolt. However, it ended up being the best thing to happen to them as the shifting mindset made grassroots football stronger and continues to produce world-class talent.

Many players came through at a similar age; growing together builds powerful camaraderie. The spine of the team in Hugo Lloris, Pogba, Griezmann and Varane started to grow in Euro 2016, where they reached the final. Then they were supplemented by younger stars like Mbappé, Kingsley Coman and Ousmane Dembele and won the World Cup. The same players are still growing together and are completely familiar with one another, becoming an unstoppable juggernaut.

France’s wild card is Karim Benzema. The mercurial talent has been reintroduced to the French national team five years after he last donned their blue jersey, and it couldn’t have come at a better time. While they have plenty of attacking options, they lack a world-class out-and-out centre forward. Since Ronaldo’s departure from Madrid, Benzema has proved he is one of the best strikers on the planet. He could be a crucial piece in making France the dominant force at this summers tournament.

Les Bleus have all the talent needed to win Euro 2020. With so many big personalities, they have to put their egos aside and come together as a team. If they do that, it’s difficult to see anybody else winning it all.