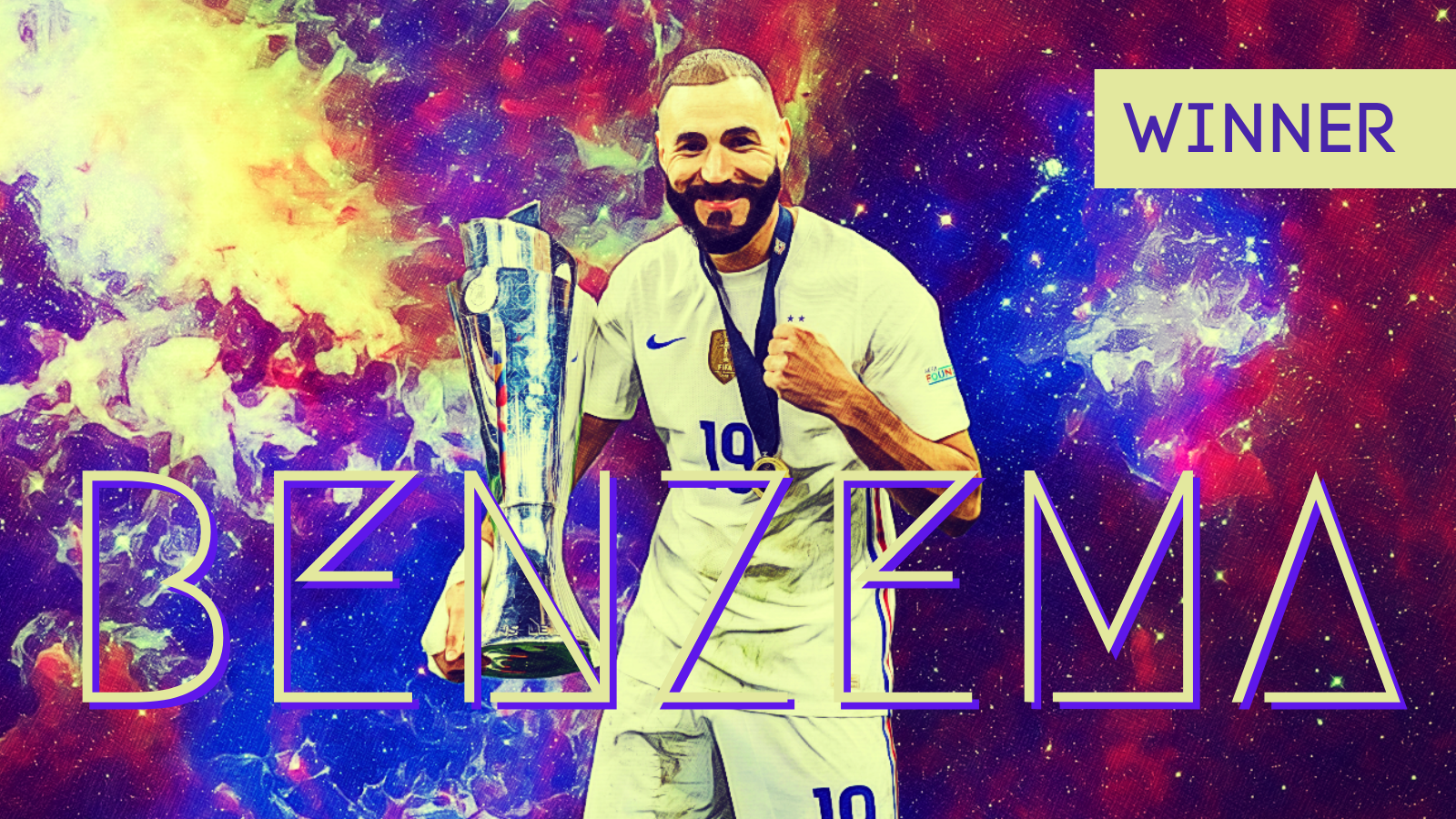 This article is part of GFFN’s French Player Of The Year Award 2021 countdown. Read all 20 features in this series here on GFFN as we rank the 20 best French players in the world this year.

“I was really happy to sign, but I had no idea what playing for Real Madrid meant in terms of mentality. Madrid, the team, the people, the pressure. When I was at Lyon, the president protected me, but here I was alone.” Much like his childhood surroundings of Terraillon, a Lyon neighbourhood regularly named on the French gendarmerie’s list of Zones de Sécurité Prioritaires, Karim Benzema’s first few years at the Santiago Bernabéu were far from idyllic. “I arrived and all of a sudden I was sharing a dressing room with the best players in the world and I couldn’t communicate with them because I didn’t speak Spanish. If you don’t feel good off the pitch, performing well on it becomes a lot more complicated” Benzema told Jorge Valdano in an interview for Spanish television in October 2020.

Concerns about the young Frenchman’s compatibility with the club were raised before his arrival in the Spanish capital. “When we met up to discuss his contract with us, Karim turned up with a couple of friends. To tell you the truth, they scared me”, recalls a former employee of Madrid who took part in the negotiations to sign Benzema in 2009. The 34-year-old’s past has never been too far behind him, and has often clashed with the whiter-than-white image that players of the club are expected to project. From run-of-the-mill rumours regarding his private life to far more serious accusations, his early years at Madrid are littered with incidents and examples of behaviour that, more often than not, have allowed his critics to place him on the villainous side of a moral tightrope.

Benzema’s on the field impact that year was, to a great degree, lost among the general noise which surrounded the second wave of Florentino Pérez Galácticos as Madrid’s already-existing star system was bolstered by the arrivals of Cristiano Ronaldo, Xabi Alonso and Kaká alongside other established professionals.

In March 2013, his inability to connect with his audience at club and international level arguably reached its low point. After several months in and out of the matchday squad due to injuries, Benzema was an unused substitute as José Mourinho’s side secured an impressive 2-1 victory over Manchester United at Old Trafford; leading the more radical and unforgiving elements of the Madrid support to question the Frenchman’s place at the club.

Three weeks later, in a disappointing 1-0 defeat against Spain, an underwhelming France team are outclassed by the European champions at the Stade de France. With the undesirable distinction of a thousand minutes without a goal with the national team hanging over his head, Benzema was booed by the fans, for whom frustration at his lack of decisiveness in front of goal was only compounded by his and teammate Franck Ribery’s apparent inability to sing La Marseillaise.

The 2013/14 season would prove to be a significant turning point in his career in the Spanish capital. In January 2014, he netted his 100th goal for Madrid in a 5–0 victory against Real Betis at the Estadio Benito Villamarín. He went on to make the headlines two months later in El Clásico, linking up brilliantly with Ángel Di María to put two past Víctor Valdés in less than five minutes. Benzema was also part of Real Madrid’s starting eleven in that unforgettable Copa del Rey Final against Barcelona at Mestalla, providing the assist for Di María’s opening goal before Gareth Bale’s heart-stopping winner with five minutes to go put the lid on a spectacular performance from Los Blancos.

A week later, Benzema himself scored the winner in the first leg of Madrid’s Champions League semi-final against reigning champions Bayern Munich, before picking up his first winners medal in May. A year after some had hinted that he was surplus to requirements at the club, Benzema had written himself into Real Madrid history. The BBC tridente of Bale, Benzema and Cristiano had finished the season with 97 goals between them.

The recent developments in the Mathieu Valbuena blackmail case have brought back memories of Benzema that the man himself has made a conscious effort to get away from in recent years. While November’s revival of the incident which led to his exile from the national side for more than half a decade has undoubtedly added fuel to the conviction of those in France who remain unwilling to bring him in from the cold, Benzema is viewed as something of a reformed character by the sporting press on the other side of the Pyrenees.

An article published in November by Orfeo Suárez of El Mundo lends an almost religious quality to Benzema’s conversion from sinner to saint: ‘The immature, baby faced, slightly podgy Karim Benzema who once willingly threw himself into the public eye as he ran off in pursuit of his latest romantic conquest has nothing to do with this Benzema who, at 33 years of age, possesses the bearded, cadaverous face reminiscent of the subject of an El Greco painting.’

From muscular electrostimulation and kickboxing to microalgae supplements and soy milk, Benzema’s physical transformation is more likely the result of a radical change in diet and habits rather than anything of the divine. However, the comparison does provide those outside of Spain with an idea of the regard in which the 34-year-old is now held at the club. He now cuts the figure of a kind of elder statesman; a leader on the field in terms of goals and a wise, calming influence off it. Eduardo Camavinga has spoken of how Benzema regularly invites him to have lunch in the Valdebebas canteen to offer advice. As someone from a similar background whose formative years at the club were at times unnecessarily convulsive, the 19-year-old has stated that Benzema’s presence has had a stabilising effect on him.

On the pitch, having spent the best part of a decade resigned to the fact that he would have to play second string to Cristiano Ronaldo, Benzema’s ability to reinvent himself following the departure of the Portuguese has objectively been nothing short of incredible. “I had a guy playing alongside me who I knew would score two or three times as many as I was ever going to, so I adapted. My job was to provide the assists, so I put my innate desire to score goals to one side and completely changed my game to suit him. Now that he’s gone, I play with more freedom.”

Freedom is certainly one of the words that spring to mind when one looks at what has happened to Benzema’s scoring record in recent years. In his first La Liga campaign without Ronaldo, he went from 5 goals in the 2017/18 season to 21 goals in 2018/19. He would go on to repeat this achievement the following year. In a collective sport such as football, individual performances are too often hailed as defining factors in both victory and defeat; yet if one bears in mind that, under Zinedine Zidane, Benzema was deployed as a lone striker, it’s difficult to argue against the claim that his consistency in front of goal was the ultimate reason that Madrid ended the season as champions that year ahead of Barcelona.

Perhaps more than some kind of spiritual transformation, it is more feasible to conclude that the key to Benzema’s success has been his ability to adapt to new situations. Back at his hometown club of Bron Terraillon SC where he began his football career at the age of eight, he continues to be viewed in a positive light. The decision to leave Benzema out of the national side led to a boycott of Les Bleus in the neighbourhood.

“We were all surprised by Deschamp’s decision to leave him out because it was simply unfair” states Samir Hachi, director of Sporting Club de Bron Terraillon. “Karim is a reflection of the family he comes from – simple, humble and low-key. He’s very important to all of us here. Before Karim, nobody ever had a good word to say about this place, but his success has shone a more positive light on us.” A highly complimentary evaluation, and given where it comes from, it’s one that the man himself has every right to be extremely proud of.

Niko Kovač: Aurélien Tchouaméni is “the best midfielder in Ligue 1”