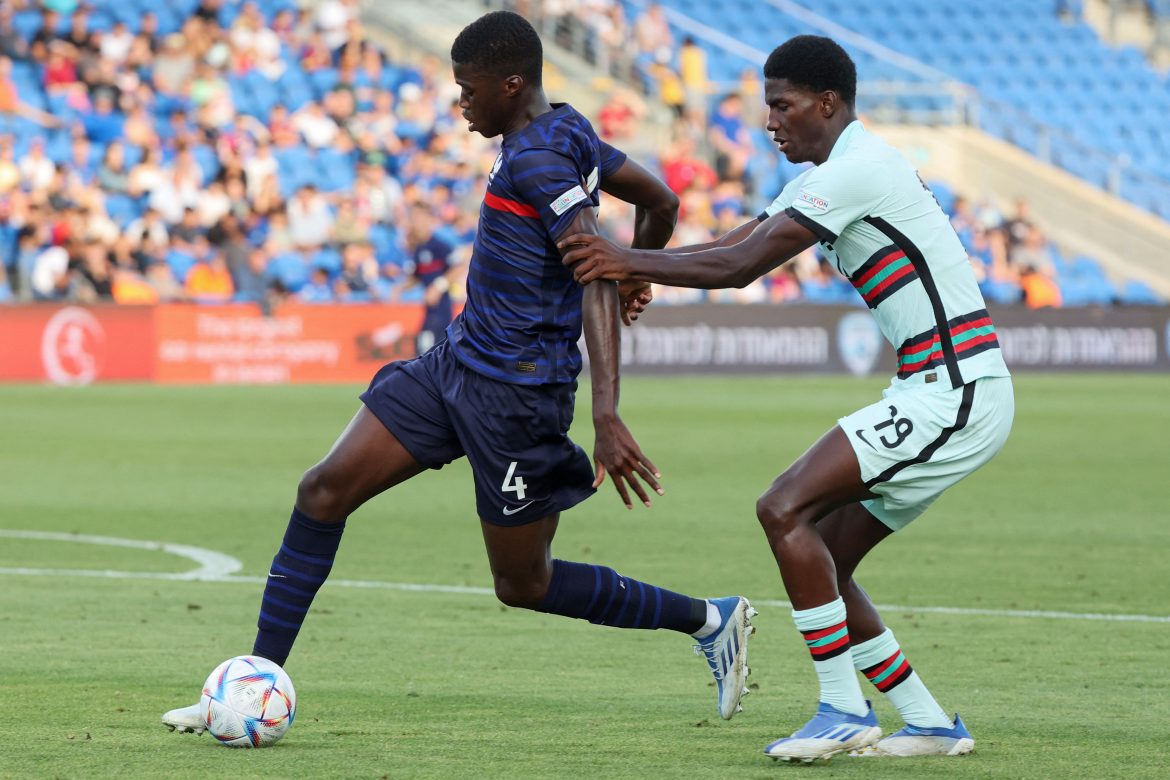 Following a season in which he won the Coupe Gambardella with Lyon and the U17 European Championships with France, centre-back Mamadou Sarr (16) is set to sign his first professional contract at formative club Lyon, according to Sebastien Denis.

The centre-back, who is also capable of playing in defensive midfield, has been an essential pillar of the U17 youth side, despite not featuring in the final of this year’s Euros tournament due to a concussion. Denis now reports that unless there is “a huge change in situation” Sarr will sign his first professional contract at the club.

His signature will represent a coup for Lyon, who have fended off competition from Ligue 1 rivals, as well as clubs across the continent, to preserve one of their brightest young prospects.

Mamadou is the son of former RC Lens defensive midfielder Pape Sarr, who made over 50 international appearances for Senegal.