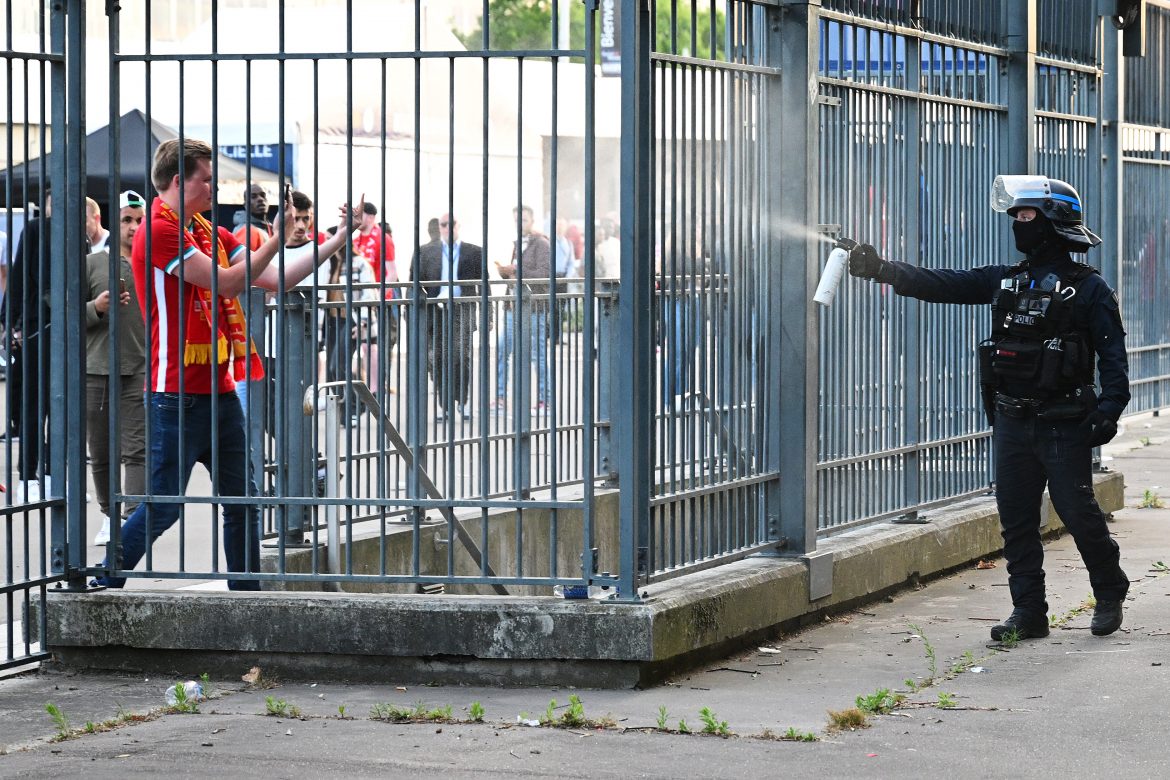 Stade de France hosted the 2022 Champions League final between Liverpool and Real Madrid. However, the final made the headlines for all the wrong reasons, with the turmoil involving spectators and multiple attacks on fans reported after the match.

According to Le Parisien, 245 complaints—including numerous cases of violence and theft—were lodged in the aftermath of the host organization’s fiasco on May 28. While 115 of the reported 245 complaints were filed immediately after the match by the English and Spanish supporters, it has been revealed that a further 130 complaints were lodged by post.

Since the events, police have gone through countless video recordings to identify the perpetrators while investigating multiple assaults across the city. As a result, some have been taken into custody. One of them is an Ivorian that hails from the region of Bobigny. He was accused of attacking Real Madrid fans and assaulting a police officer.

“We even noted facts of a particular gravity and which we had not yet been told,” confirmed Éric Mathais, the prosecutor of Bobigny, further suggesting how poorly the management tried to organize a game of such a high magnitude.

“Apart from being drunk, the English remained correct. We immediately understood that evening that the problem would not come from the supporters but from people from home who had come to make money.”

“It was chaos. We saw people being attacked and we had to wait for instructions to intervene. For a cop, it’s unbearable to live like that.”

Despite the failure in organizing the event properly, the investigators managed to restore a very large amount of filmed data. Analyzing them will reportedly assist the dozen police officers working on the numerous attacks that plagued the Champions League final.