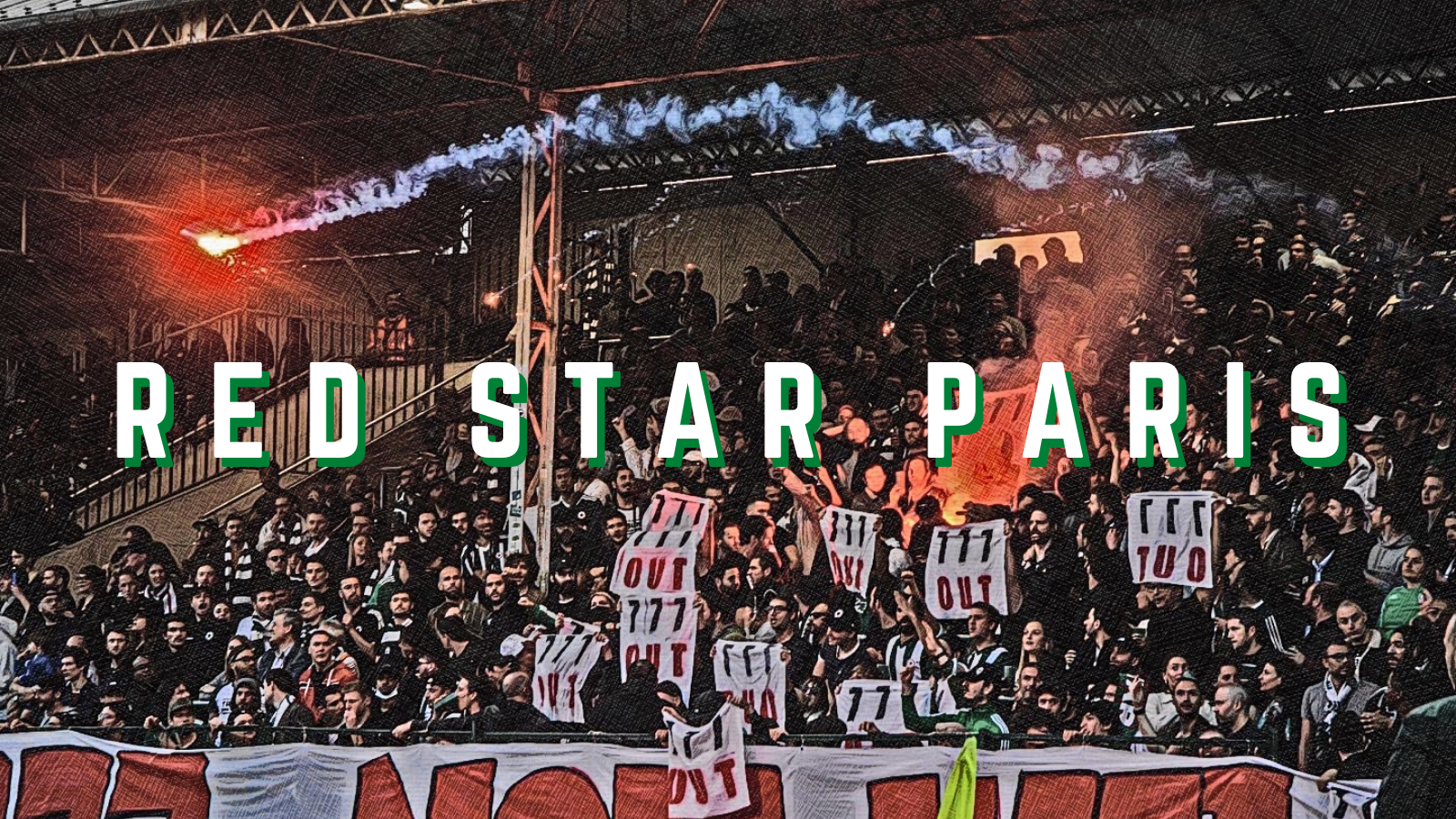 777 Partner’s confirmed takeover may have financially confirmed their 100% ownership of Red Star FC – but they’ll have to negotiate a substantial and growing amount of local resistance which has reached some of France’s most prominent political figures. A conflict of interest claim could also derail the initial stages of the firm’s takeover – this is a level of defiance that the investment firm hadn’t expected and have vastly underestimated so far.

A club press release announcing the record-breaking takeover deal came as a shock to Red Star fans on May 11th – who had hoped that pressure built from the Collectif Stade Bauer, a supports group, and a circling web of alternative investors had done enough to warrant a temporary pause on the exclusive talks between Red Star president Patrice Haddad and the American investment fund.

Coach Habib Beye’s side finished the season 11th in the third tier National, having to play their remaining two home games against Sedan and Concarneau behind closed doors as punishment as a result of the abandonment the game with Sète in April as a result of protests.

In the fallout following that explosive abandonment, Red Star fans mobilised a campaign to find an alternative buyer for the club. Gerard Piqué, opportunistically and momentarily, offered hope – resurfacing with a proposition backed by former French players and a group of entrepreneurs. Although it was understood that the 35-year-old Barcelona defender’s deal was never one that was in the running. However, Piqué did succeed in elevating Red Star fans’ struggle to a national and international level. Two other investors then made themselves known to the Collectif, but it was too late.

Patrice Haddad had a choice to make. It wasn’t expected that he would bow to the rising pressure of the Collectif’s proposition – but concessions on both sides were going to be needed in order to fix a dramatically broken relationship between the club and its main ultra group. Three days after the Collectif Stade Bauer’s proposition to suspend talks and democratically analyse three more candidates, Patrice Haddad moved to double-down and force a deal through with 777 partners. In the club’s communiqué, Haddad affirmed that ‘777 Partners is the best choice to guarantee and preserve the values of our club, while giving us the means to broaden our horizons’.

After the initial element of shock that reverberated through the Red Star fanbase, the Collectif sprang into action. A petition was created calling for political support against 777 Partners which took advantage of the wave of widespread disapproval that followed the deal across French media outlets. This was in order to ‘mobilise to make this fight nationwide against football business to defend an alternative vision of football’. Among the first signatures were Red Star’s main fan groups, followed by well-known allies such as Grenoble’s Red Chaos ultra group, while 16 former players also initially signed the petition with artists, musicians, and authors from Seine-Saint-Denis backing the Collectif’s position.

The day after Red Star’s 5-1 thrashing of fourth-placed Concarneau on May 13th , members of the Rino Della Negra stand met with Marie-George Buffet (Seine-Saint-Denis deputy and former sports minister). This was after prominent political figures on the left expressed their support of Red Star fan’s struggle including presidential candidate Jean-Luc Melenchon, Fabien Roussel, and Benoit Hamon. Of course, the timing of the legislative elections coming up in June is ideal for left-wing parties to garner further local support in the Paris suburbs through supporting Red Star fans’ position.

777 Partners’ ownership now faces a level of scrutiny and political opposition which they have not faced elsewhere. Patrice Haddad’s defence of his new employers has turned into a frank attack on the supporters – in an interview with L’Équipe he said that the decision to sell the club is “definitive” and that the supporters “don’t exclusively own the club’s DNA”.

Meanwhile, the Collectif have denounced what they believe to be the illegality of 777 Partners’ purchase of Red Star. In an open letter to the FFF, they asked for explanations on the ‘compliance of this sale with the sports code and on the conflicts of interest between 777 Partners and Pacific Media Group, owner of AS Nancy-Lorraine’.

Pacific Media Group, headed by Paul Conway and Chien Lee, are another Florida-based investment firm that owns Nancy (who were recently relegated from Ligue 2), Barnsley (relegated from the English Championship), and KV Oostende (12th in Belgium’s first division). The crux of the conflict of interest claims lie within a ‘Shared Service Agreement’ between 777 Partners and Pacific Media Group. Specifically, this is a transfer of control over the ‘sporting services’ of KV Oostende to 777 Partners through their ownership of Italian club Genoa. This essentially means that 777 Partners are able manage the majority of a shared sporting structure of Oostende, and Pacific Media Group with Genoa.

The conflict of interest comes into play because Nancy, owned by Pacific Media group, were relegated from Ligue 2 into the same league as Red Star. Thus the owners of both Red Star FC and AS Nancy have concluded financial dealings that could, according to the Collectif, ‘undermine the sporting ethics and fairness of the future National 1 championship of the 2022/23 season as well as the Coupe de France’. It is unclear yet what the FFF could do with this information, but the Collectif are hoping for the release of all documents surrounding the deal to attain 777 Partners’ true motivations.

Whilst the season has come to its conclusion, a new era for Red Star under 777 Partners is beckoning. Whether their underestimation and lack of foresight in buying the club will become their undoing is still to be seen. However, there is still a long way to go for the remaining Patrice Haddad and Red Star hierarchy to repair the damage done to their relationship with the fans – who will surely put up a fight befitting the 80th anniversary of the death of their stadium’s namesake, Dr Jean Claude Bauer.