Aaron Ramsey returns to Nice’s squad ahead of PSG encounter 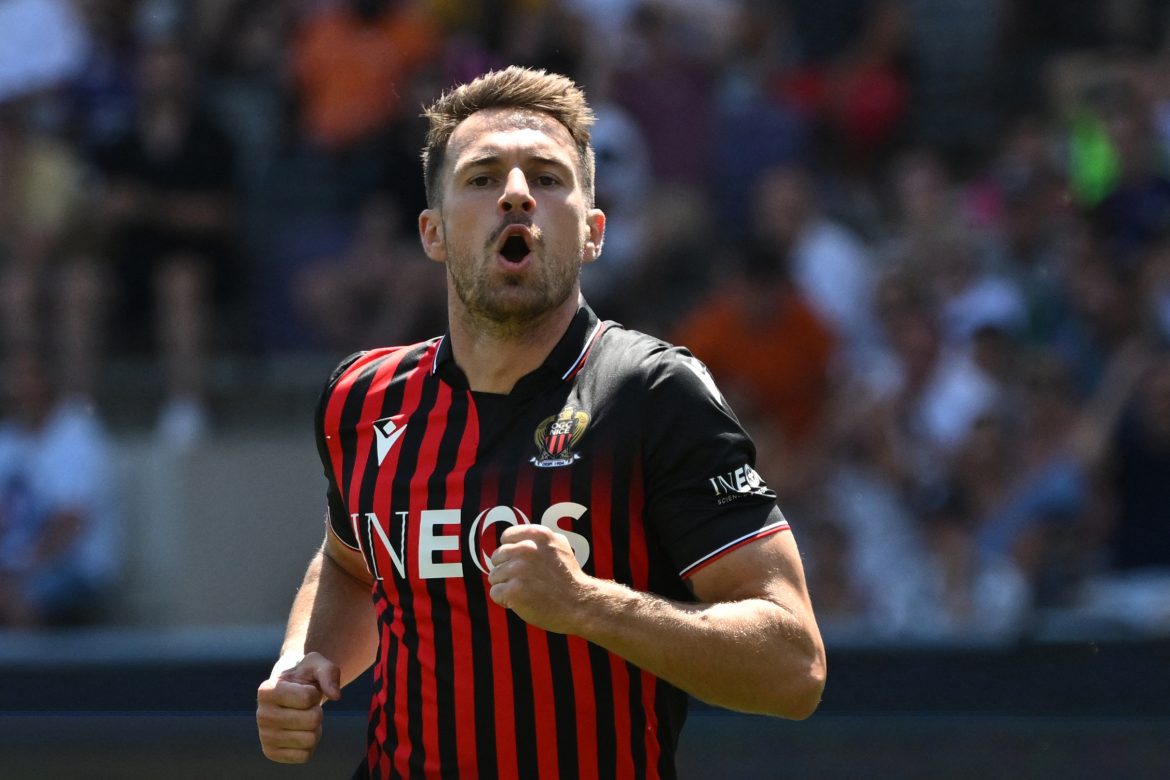 Ex-Arsenal midfielder Aaron Ramsey has reinstated himself in the Nice squad travelling to Paris for their next Ligue 1 fixture against Paris Saint-Germain.

OGC Nice announced their 21-man squad on the eve of their encounter against the champions of France, with Ramsey named as one of the six designated midfielders making the trip to the French capital for Saturday’s match.

The 31-year-old has been a missing element in Lucien Favre’s team for the last three weeks, with a hamstring injury limiting his game time after a fantastic start to life in Ligue 1.

Since arriving at Nice after leaving Juventus, the Welshman has garnered one goal and one assist from six league appearances thus far.

His last appearance for the club came in Les Aiglons’ 1-0 defeat to Monaco, where the former Bianconeri midfielder only was on the field for 55 minutes. Favre’s side has other fitness issues, with Joe Bryan and Hicham Boudaoui struggling with their respective injuries. Furthermore, Jean-Clair Todibo will serve his suspension on Saturday.