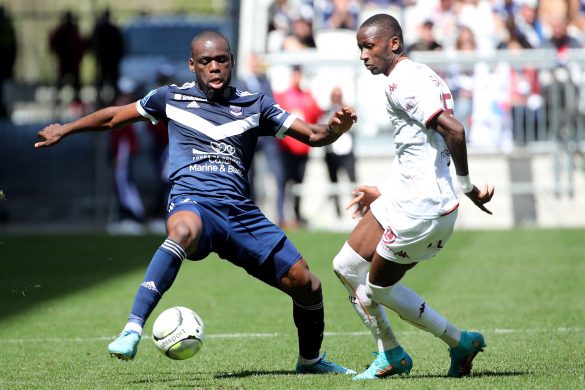 Le10sport are reporting that La Liga side Girona have made an offer for Bordeaux’s Jean Onana (22), whilst AC Milan and Napoli are also interested in the Cameroon international.

Although under contract until 2026, Onana has been touted for a departure this summer due to Bordeaux’s relegation to Ligue 2. Onana has featured in all three of Bordeaux’s opening matches in Ligue 2 and last season, he made 23 Ligue 1 appearances.

According to Le10sport, Onana has an offer on the table from Girona, who currently sit 19th in La Liga. However, he also features on AC Milan’s and Napoli’s shortlists. It is thought, however, that he isn’t the priority for either club.

Fabián Ruiz’s impending €25m transfer to PSG could allow Napoli to advance a deal for Onana. Bordeaux’s asking price has not yet been revealed, but they will likely garner a much higher fee than the €2m they paid Lille in the summer of 2021.