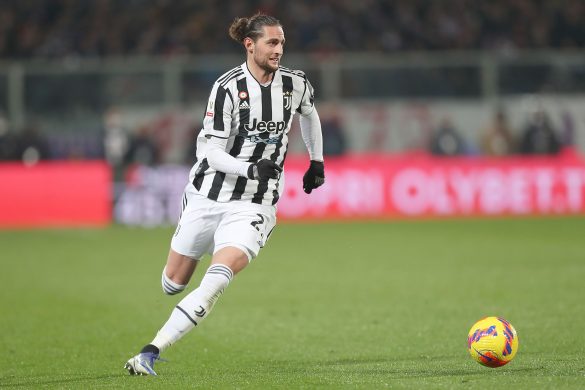 L’Équipe report this morning that France international midfielder Adrien Rabiot is said to have asked to leave Juventus, with one year left on his contract with the Bianconeri.

The Italian side have been overhauling their midfield in the last year, having let go of the likes of Rodrigo Bentancur and Dejan Kulusevski to Tottenham Hotspur, while Aaron Ramsey is no longer in the club’s plans.

With Manuel Locatelli and Denis Zakaria arriving as well as Paul Pogba’s imminent return, Rabiot could now find himself out of the team despite being the third most-used player by Max Allegri last season.

His performances in the left midfield role of a 4-4-2 have convinced the Italian manager to continually start him this year. Despite this, it was his defensive input that impressed more than an attacking prowess, given his 0 goals and just 2 assists. He has himself indicated that it had been a “rather mitigated” season with “highs and lows” given the team’s lack of a title.

Another factor would be Pogba’s wages. The €7m a year saved by letting go of Rabiot – who is one of the 5 highest-paid players in Italy – would help alleviate the financial burden of bringing back the former Manchester United man.

The Serie A side have set their asking price for the former Paris Saint-Germain man in the range of €15m to €20m, with several Premier League clubs – namely Manchester United, Chelsea and Newcastle – reportedly making their interest known.