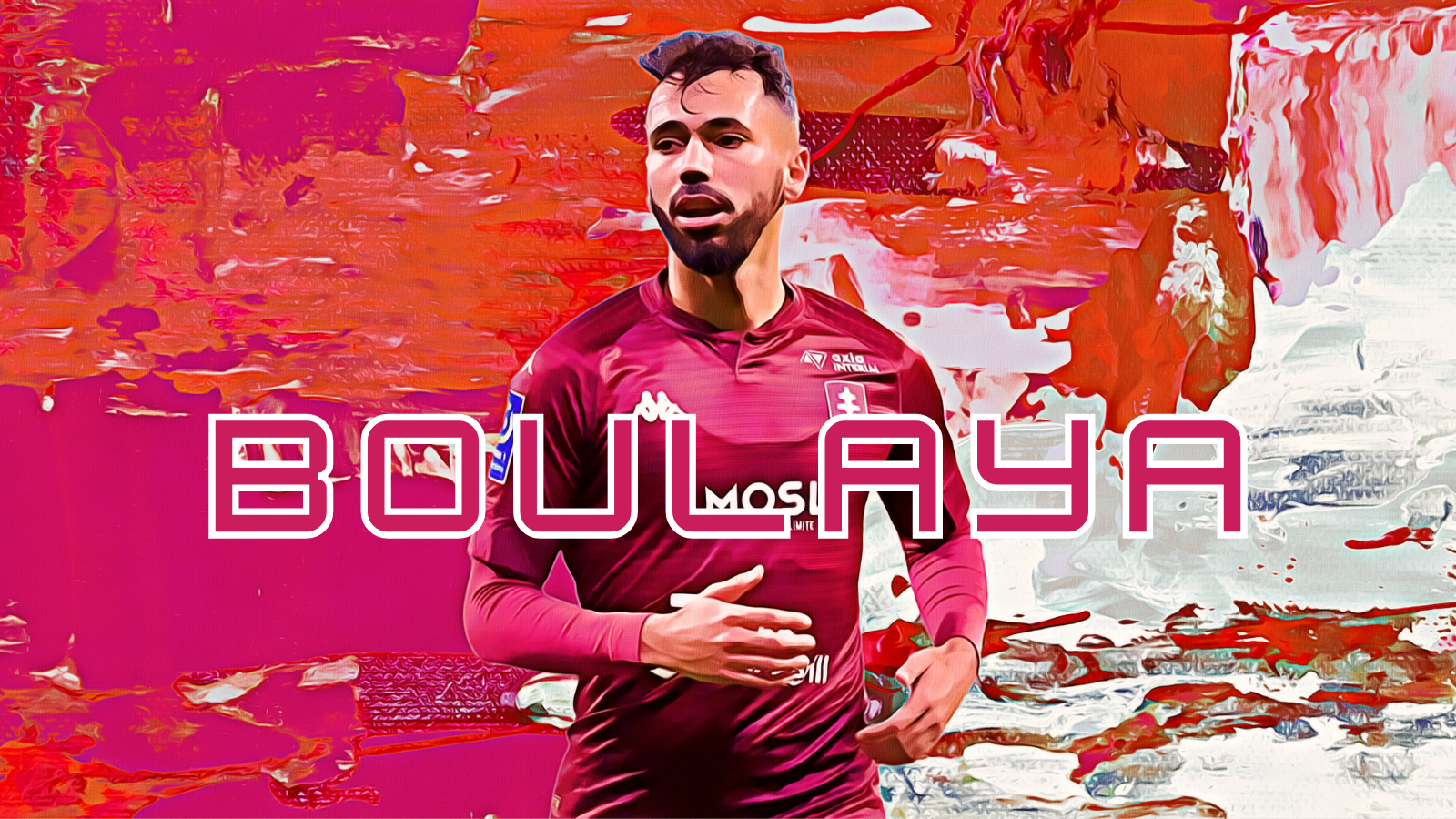 As they breathed a huge sigh of relief following the team’s 4-1 win over Lorient, giving them their first home win in 11 months as well as a fighting chance of staying up, one player in particular continued to split Metz fans’ opinion – as he has done since his arrival in north-eastern France.

Farid Boulaya was comfortably the man of the match, scoring a sublime free kick and playing a part in the three other goals. He showed, not for the first time, that when he is in the mood he is almost unplayable. Unfortunately, the 28-year-old is too often not in the mood and – perhaps fittingly for someone whose hero was Samir Nasri – can be maddeningly frustrating. Boulaya started as he meant to go on after joining Metz in the January 2018 transfer window, his failed panenka seeing Metz lose a Coupe de France penalty shoot-out and immediately attracting the boo boys.

He redeemed himself the following season with some stellar performances – particularly in the first half of the season – helping Metz to win Ligue 2 and promotion back to Ligue 1. The truncated 2019-2020 saw Metz hunker down to secure Ligue 1 safety by whatever means necessary. In that context, the mercurial playmaking talents of Boulaya were perhaps considered an unnecessary risk, and his appearances mostly came from the bench.

However, 2020/21 saw Frédéric Antonetti return as coach and look again to his playmaker to help make Metz’s play more expansive. In a career-best season, Boulaya made 32 Ligue 1 starts, scored six goals (almost all of them crucial to securing wins or draws) and produced eight assists as Metz achieved their best finish in two decades. Three of those goals and six of the assists (including a stunning pass to set up a last-minute winner at Lyon) came in the second half of last season, also earning Boulaya three Algeria caps to date and, so he thought, a big summer move.

However, the transfer never materialised and, amid rumours that he was unsettled, he missed the beginning of this season through “injury”. Metz desperately missed having a playmaker in the centre of the pitch, and Boulaya was quickly brought back in. In his 10 matches since then, he’s scored three goals (topping the European charts for direct free kicks scored in the past two seasons), notched one assist and been at the centre of the rare moments where Metz have looked closer to last season’s performances.

Some of Metz’s more cynical fans may say that his recent form could be something to do with an approaching transfer window and Algeria’s African Cup of Nations squad announcement. Whatever the reasons, his performances, for as long as Metz are able to retain him, could be the difference in Les Grenats’ fight for survival.

Laurent Koscielny to be excluded from Bordeaux squad