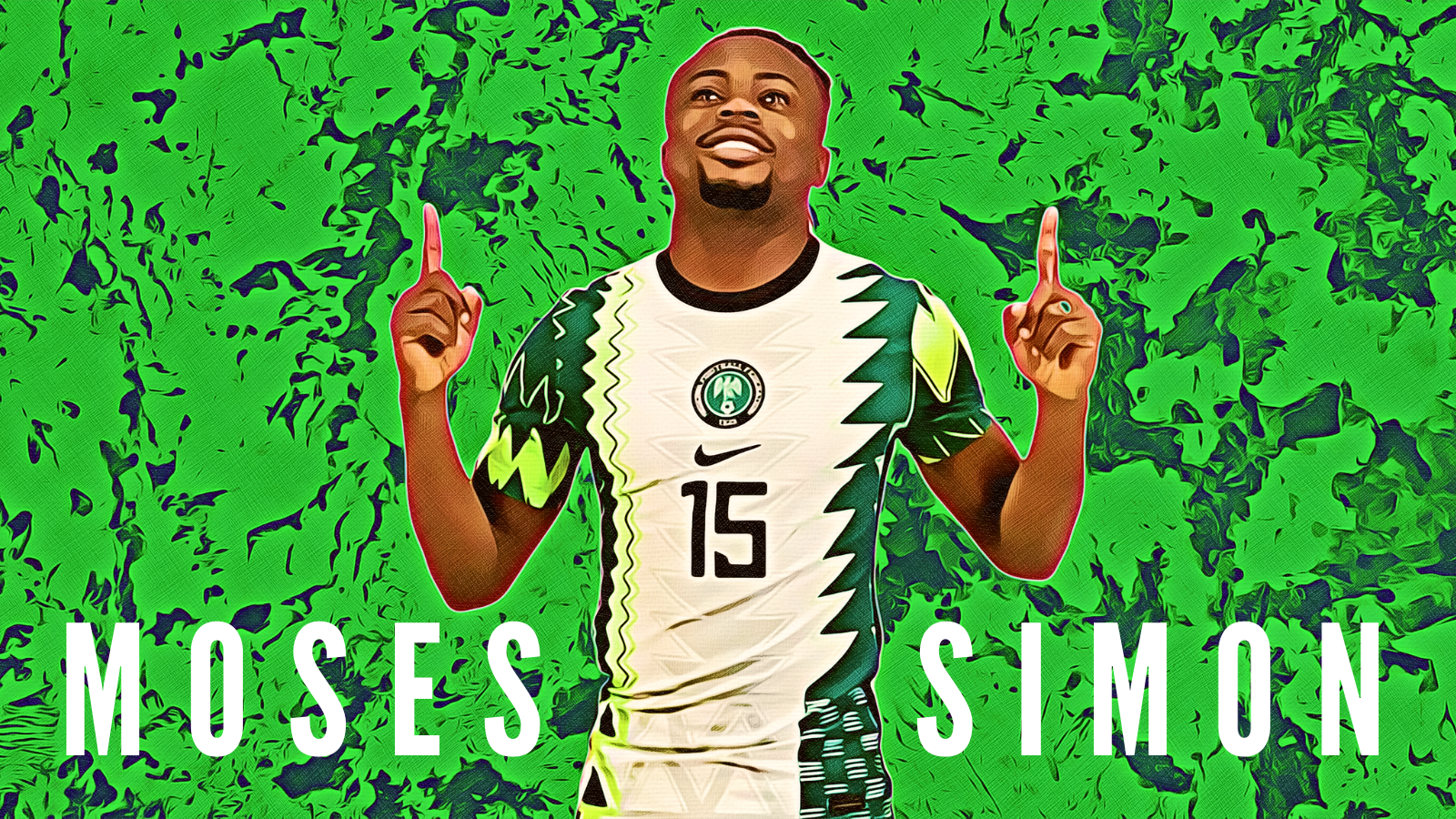 Sometimes, the goal scorers don’t always get all the plaudits. A saying that could certainly apply to Nantes’ popular Nigerian forward Moses Simon, who has enjoyed a good start to the 2021/22 season after a rocky start to the year and an uncertain career path.

As a youngster, Simon played for Nigerian club GBS Academy and was eyed by Ajax who, fending off competition from Liverpool and Tottenham, gave him a pre-contract back in 2013. But, after a pre-season campaign that proved unsuccessful, the Dutch club decided not to enroll Simon. Being in Europe, he then spent a year in Slovakia playing for AS Trenčín, where he made a name for himself with a hat-trick against Serbian outfit Novi Sad in the 2013/2014 Europa League.

That achievement earned him a move to Gent, where he shone, scoring 21 goals in over 100 games. Not bad, for a winger. Simon established himself as a solid left-winger who not only scored but also had an eye for the killer pass.

After three years in Belgium, Simon moved to Spain and Levante, where things didn’t go to plan. The Valencia-based club loaned him to Nantes for a season with a €5m option to buy. Again, all was not rosy at Les Canaries, who would have a terrible season, struggling to score and conceding goals galore. Multiple managerial changes occurred in the 2020/21 season (never a good sign) but ex-PSG and Valenciennes coach Antoine Kombouaré managed to steady the ship (only just), winning the relegation play-off against Toulouse. Nantes stayed up, and breathed a huge sigh of relief.

Kombouaré has did a great job in 2021 by installing fight and determination in his troops, and this goes with spending the aforementioned €5m to acquire Moses Simon permanently. This season, the Nigerian has been ever-present, starting nigh on every game on the left-wing of a 4-3-3, with Ludovic Blas on the right and Randal Kolo-Muani to finish things off in the middle. Levante fans complained he didn’t score often enough and, while that is still the case at Nantes, Simon happens to be the joint fourth best assister in Ligue 1.

The pinnacle of Simon’s season happened in a 3-2 win over Lens. Nantes were 0-2 down at half-time after Kombouaré had benched Simon, arguing that he was playing too much, being always on the starting line-up, never being subbed and being called up regularly by Nigeria’s Super Eagles. Kombouaré would send Simon on with 20 minutes to play and the Nigerian scored the winning goal, a great solo effort emphatically finished off from the edge of the area. The manager would go on to say that Simon had a “champion’s attitude”. Sounds about right.