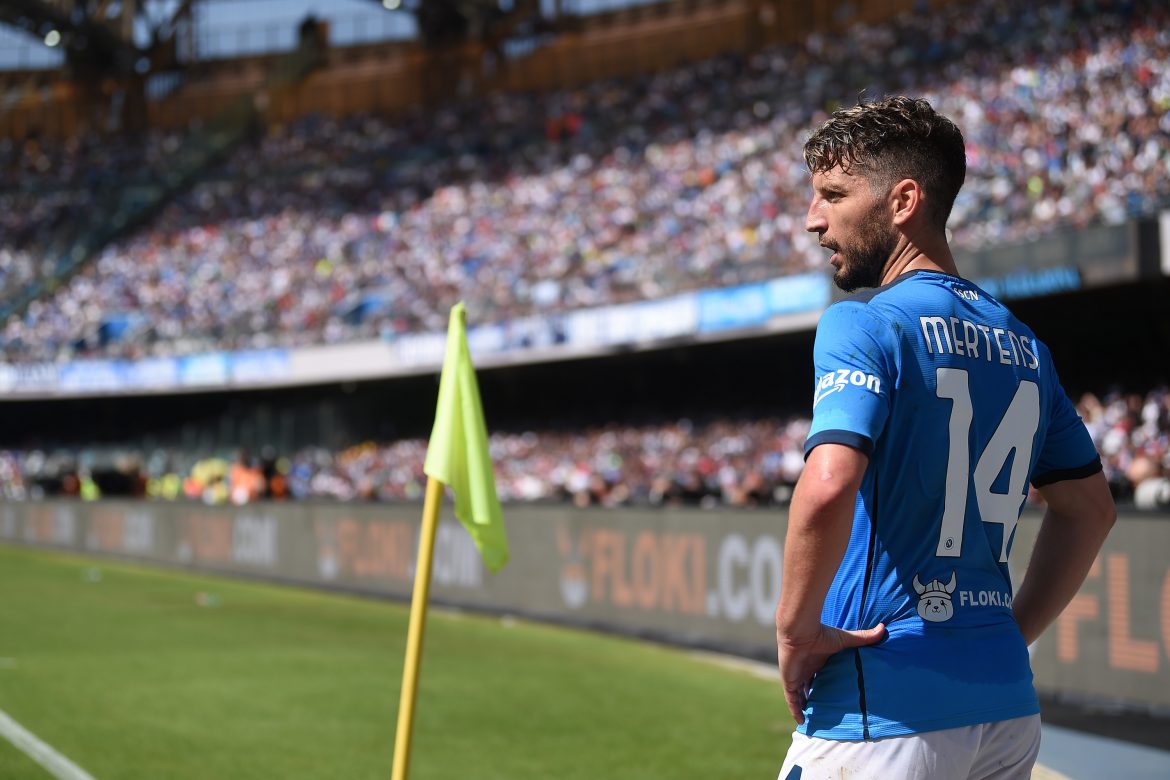 Foot Mercato report this afternoon, as initially broken by Sacha Tavolieri,  that the agents and lawyer of Belgian forward Dries Mertens are currently in Marseille ahead of a potential move to the Ligue 1 side.

The 35-year-old is now a free agent, having left Napoli at the end of his contract last month after a nine-year spell with the Serie A club, becoming the team’s all-time league top scorer with 113 strikes.

Talks are currently at a sticking point over the length of the contract on offer to the Belgian international. Marseille president Pablo Longoria wants a one-year deal along with an option for an additional season, while Mertens wants two years outright. His wage demands are also high, given that the forward is asking for €2.5m net as well as several bonuses.

A new deal at Napoli is also in the realm of possibility, with manager Luciano Spalletti looking to keep Mertens, even if he will not necessarily guarantee him a starting place in the team anymore. Club owner Aurelio De Laurentiis is not as enthusiastic about offering the former PSV Eindhoven man a new contract.