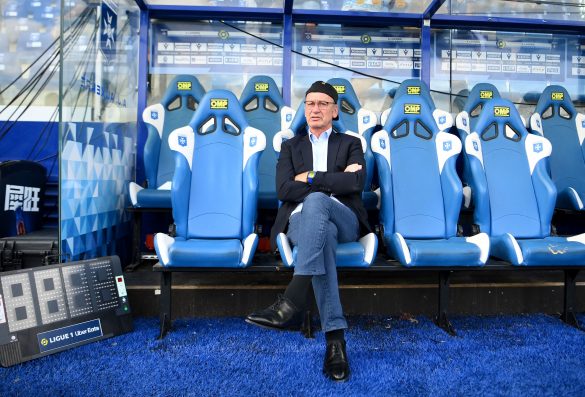 In an official statement which came out not long after Auxerre’s match against Clermont yesterday, the club disapproved of manager Jean-Marc Furlan’s middle finger gesture made at Clermont fans late on in the match, for which he was sent-off for:

In the last minutes of the match between Clermont and AJA (2-1), Jean-Marc Furlan was expelled for a gesture of mood against the public. The club disapproves of this inappropriate attitude, which does not correspond to the values of respect and fair play that AJA has always advocated and transmitted. We apologise to the Clermont-Ferrand public and to our supporters.

The manager himself justified his motives after the game, saying that he did it in reaction to crowd insults after he questioned the referee over not giving enough fouls to his team.

“I went to the referee because I didn’t think there were enough fouls for us. When I stood up, the crowd insulted me, so I turned around and flipped them off. As a result, the ref sent me off.”

“You don’t know me. Because if you knew me, you would see that I have no brain. I am quite violent in my behaviour when it comes to football. Do I regret this attitude? No not at all.”

“The sanction will probably be very heavy but it doesn’t matter: you do your work during the week, not on the bench. If there are 8,000 people there, you can shout all you want, nobody hears you.”