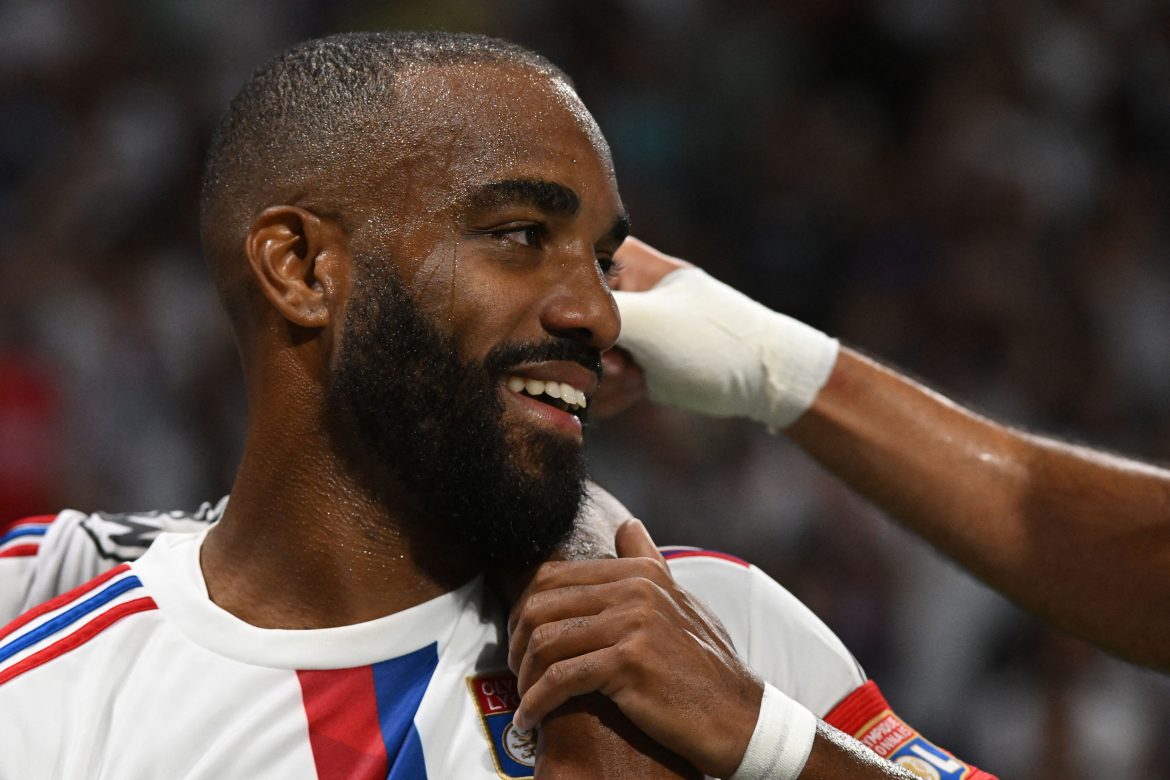 According to what is reported by L’Équipe, Alexandre Lacazette should be available for Lyon’s trip to Lens on October 2 in Ligue 1. After undergoing surgery on his vocal cord last Wednesday, the 31-year-old has made a speedy recovery.

Updating his status while speaking to the OLTV on Tuesday, the striker confirmed that he had almost completely regained his normal voice.

Since moving to the Ligue 1 after leaving Arsenal in the last summer transfer window, Lacazette has redeemed himself in France. Having made eight appearances for Peter Bosz’s side this season, the captain of OL has garnered four goals and one assist.

However, the collective performance of the French side has been far from inspiring, with the club, hailing from Lyon, currently sitting at the sixth position with 13 points from eight matches. If everything goes as planned, Lacazette should maintain the record of his hundred per cent league appearance for Lyon against Lens.