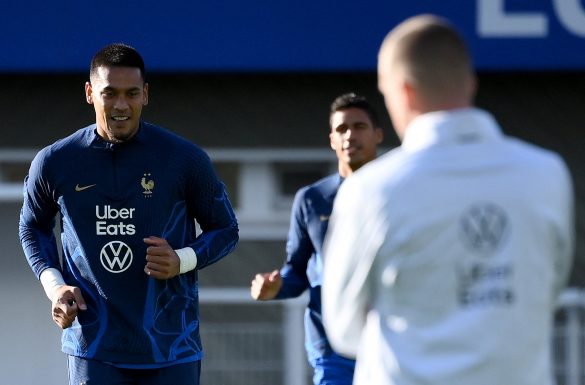 In his pre-match press conference before France’s final Nations League game tomorrow against Denmark, Didier Deschamps confirmed that Alphonse Areola would be in the starting lineup.

The West Ham goalkeeper replaced Mike Maignan at half-time in the 2-0 win over Austria on Thursday, with the Milan man picking up a calf issue, and is set to keep his place on Sunday as Les Bleus look to stave off relegation from League A, having only picked up one win so far.

With Hugo Lloris also out of action, the veteran Steve Mandanda – now at Rennes after losing his long-running starting spot at Marseille last season – was called up.

As transcribed by RMC, Deschamps also indicated that Barcelona winger Ousmane Dembélé would be training separately from the rest of the squad ahead of the match, as he too had a calf issue. The former Rennes has not started for Les Bleus in over a year but made a cameo in the midweek game. He remains uncertain for tomorrow’s match, though.