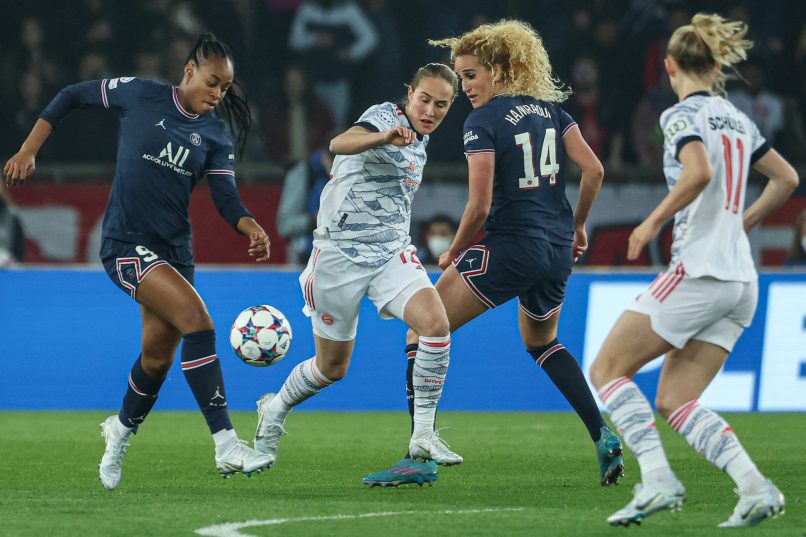 Later in the day, the club released a statement confirming that an “incident between the players” had taken place during the training session and that it would “take all measures” with regard to the consequences.

According to RMC, Hamraoui had begun to make negative remarks towards Baltimore during a training drill. When she continued, the forward told her to move on and concentrate on the pitch, after which an altercation broke out and the two were separated.

The incident is ostensibly the latest show of tension within the squad in the wake of the attack on Hamraoui in November that saw teammate Aminata Diallo initially taken for questioning before being released with no charges.

Others in the squad, namely striker Marie-Antoinette Katoto and Kadidiatou Diani, have since publicly shown their support for Diallo both with PSG and in national team games.

PSG face arch rivals Lyon this afternoon for the first leg of their Champions League semi-final, for which Hamraoui has now been dropped from the squad.