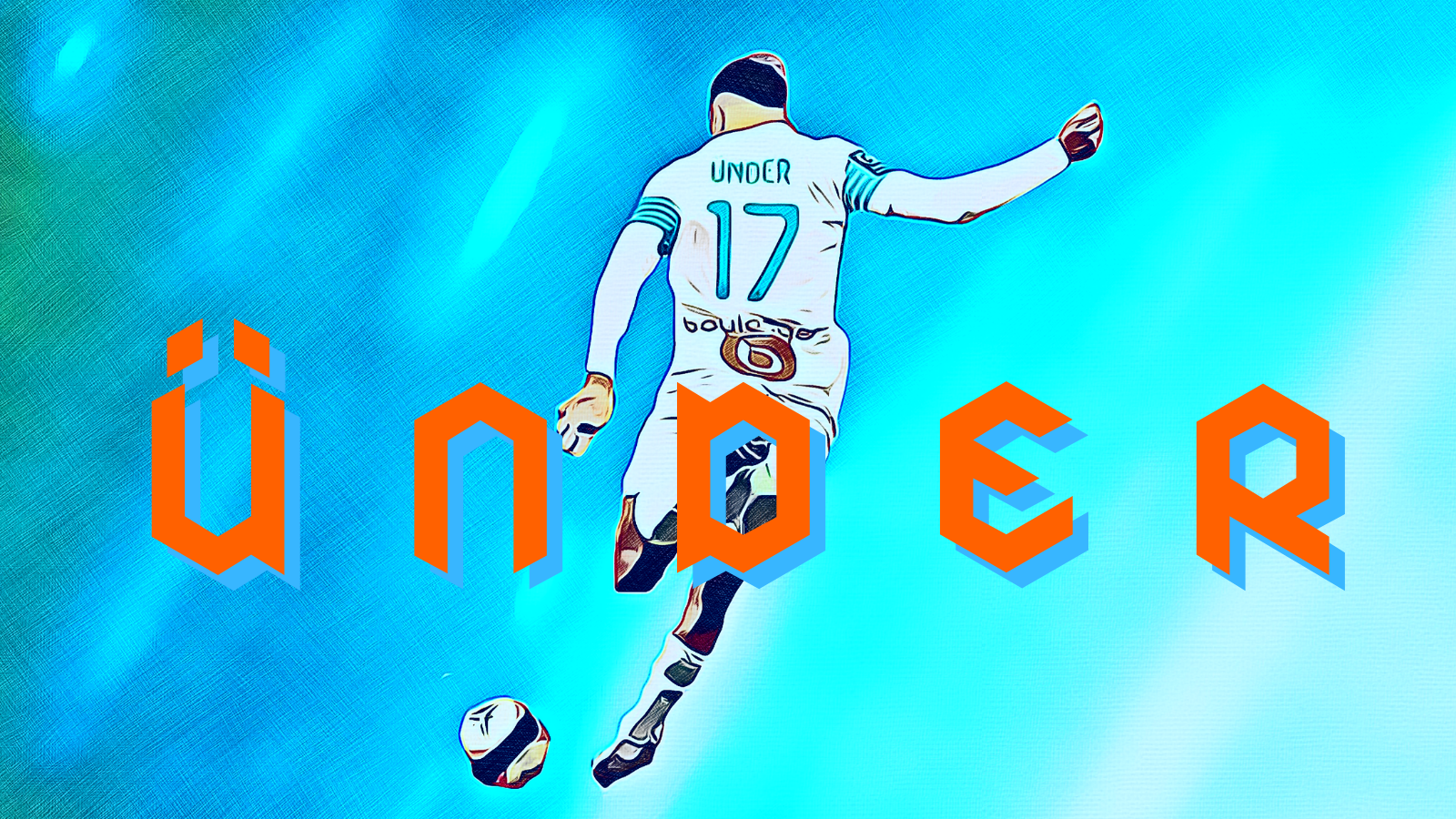 Beginning his career at Altinordu, Cengiz Ünder moved to Istanbul Başakşehir, where he scored seven goals in 32 games during his debut league season, before earning a transfer to Roma via a fee of €13m. A loan with Leicester City didn’t work out due to injuries. Last summer, he signed for Marseille where the Turk has contributed 12 goals and assists over 32 games. After a failing to consistently live up to his promise thus far, things have improved in France for the 24-year-old.

Key to analysing a player is understanding his style of play. Ünder is a direct, inverted left-footed right winger who can also play as an inside forward. He likes to attack the half-spaces and works best with a false nine and overlapping midfielders or full-backs. At Roma he occupied the half-spaces and, with Edin Džeko holding up play, he was given space to run into. Otherwise, he took up positions on the flanks, crossing to the target man Diego Perotti. Although his defensive contributions have been criticised and his passing can be inconsistent, he’s still averaging 1.42 key passes per 90 minutes for Marseille this season while ranking in the 91th percentile for crosses into the box.

As shown in the above graph, Ünder’s attacking output is quite high when compared to others in Ligue 1. It also suggests that his output this season has been well balanced and is sustainable in the longer run with him neither overperforming nor underperforming.

He’s also an exceptional ball carrier as the graph above shows. As was the case at Roma, one of his favourite moves is to intercept the ball in his own half and use his pace to burst past opposition defenders.

Being an inverted winger in the modern era, movement is a standout part of Ünder’s game. At Roma, he usually started wide and came inside whenever the situation was favourable. Džeko, acting as a false nine, often helped to create space behind the defensive line for him to run into, which he took advantage of by making runs on the blindside of defenders. This often also highlighted Ünder’s one-on-one dribbling ability. Generally, his standard dribbles result in dispossessions but his one-on-one dribbling can be relied upon. Weighing just 66kg, what he lacks in physicality he makes up for with athleticism and agility.

However, his directness means he isn’t as useful when playing against a compact low block. He’ll runs into the smallest spaces but he doesn’t do much to pull out defenders and create space for others. Even so, he works well with an overlapping midfielder or full-back, such as former Roma right-back Alessandro Florenzi. At Marseille, it’s Mattéo Guendouzi who overlaps, drawing away opposition defenders and allowing Ünder to dribble inside, cross into the box or shoot.

Ünder likes to take lots of shots as can be seen above, many of those are average in quality but his relatively low non-penalty xG per shot can also be explained through his tendency to take long shots.

The Turkish international is a great crosser of the ball, contributing a high number of crosses into the box, most of which are delivered with accuracy.

However, the defensive side of his game needs improvement. He rarely tracks back into his own half while his pressures applied numbers are low. That, however, has improved a little since he joined Marseille, as he has started making more interceptions and tracking back more often.

Overall, the 24-year-old remains a promising player yet to fully realise his potential but he has improved since joining Marseille. If he can keep this development up over the next couple of seasons, he could become a target for bigger clubs. But he’ll need to focus on his movement against low blocks if he wants to play in a more possession-based side. His defensive contributions also need to improve but he’s certainly shown serious potential and a capacity to improve further.

(All graphs made using FBRef data, filtered for players with more than twelve 90 minutes.)

Six suspects under investigation for violence towards a Lille fan