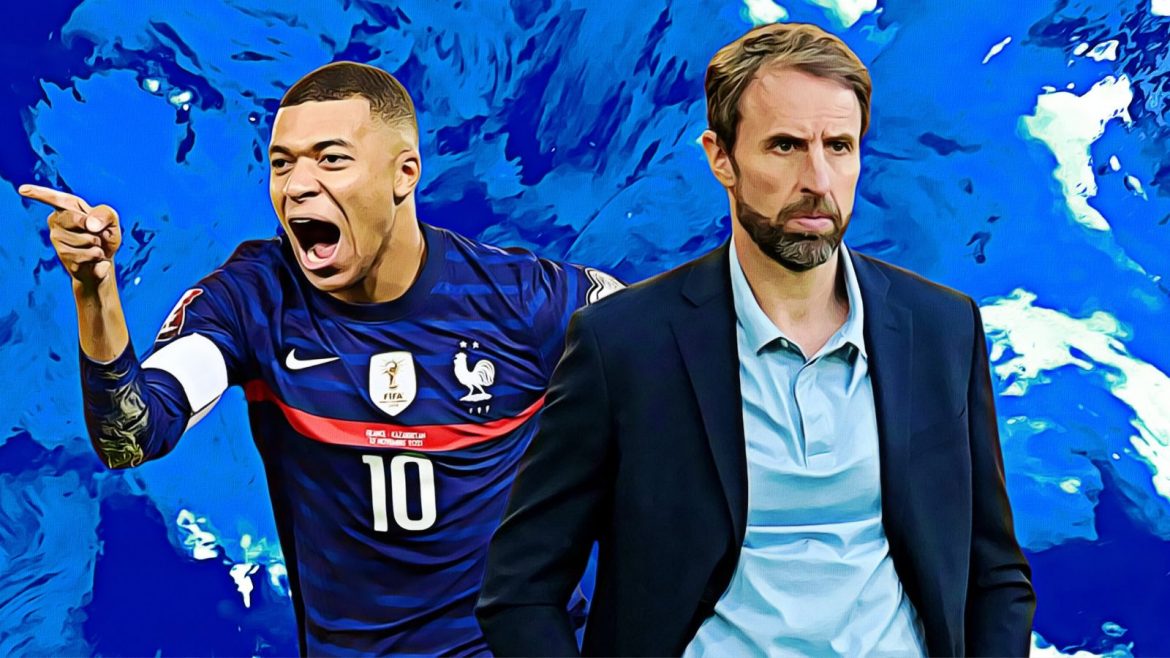 Conservative is the word most often used to describe England manager Gareth Southgate. Whilst his pragmatic, defence-oriented approach is not necessarily one popular with the masses, it has certainly allowed England to make progress in recent major tournaments, even if it is yet to bring any silverware.

However, if reports in The Independent are to be believed, Southgate is set to mark a notable departure from a style that has thus far defined his tenure as manager of The Three Lions. As Southgate’s assistant Steve Holland revealed, England have been preparing to face France, and more specifically, Kylian Mbappé for the past two years. The fruit of that reflection? Fight fire with fire.

Kyle Walker looks set to be pitted directly against the Paris Saint-Germain forward, who has set the Qatar World Cup alight, already scoring five goals in the tournament. However, the idea is seemingly not to simply match Mbappé’s pace, although that certainly will form part of Southgate’s thinking, but to provide an attacking threat down England’s right-wing to exploit Mbappé’s defensive shortcomings. It is an extremely bold move, one with benefits as well as drawbacks, most notably its affect on England’s rest-defence, upon which the fate of Saturday’s quarter-final may lie.

England and France are known for being possession-based teams. However, as is often the case, especially at this World Cup, it is in transitional phases of play and on the counter-attack that they look most effective, most dangerous, and most coherent. Nowhere was this more evident than during England’s round of 16 victory over Senegal.

In this sense, possession both for The Three Lions and for Les Bleus serves a dual purpose. Whilst the primary objective of controlling possession is to move defences, get the attackers into the right areas and to create and exploit spaces, it also serves a defensive purpose, which will likely be very pronounced during Saturday’s match.

Major advocates of positional play, such as Pep Guardiola, occupy themselves with the question of striking the right balance between committing players to the offensive efforts, whilst not compromising the rest defence – that being the defensive structure of the side whilst the team is still in possession of the ball. A good rest defence would minimise the threat in transitional and counter-attacking phases should the ball be lost. Possession allows for the assembly of that structure.

For both sides, possession will therefore suit defensive and offensive aims. But England seemingly look willing to concede in the battle of the rest defences. The idea of pushing Walker upfield to aid the offensive efforts is an exciting prospect, but one which severely hampers the shape of England’s rest defence. Affording such space to Mbappé seems illogical, and completely out of kilter with everything that we’ve learnt about Southgate’s style since his appointment in 2016.

The fluid attacking combinations between Mbappé, Antoine Griezmann, Olivier Giroud and Ousmane Dembélé, especially when afforded space can prove fatal for an undermanned defence. France meanwhile look set to stick to their guns. They have a solid, albeit not particularly exciting defensive set-up. Neither Jules Koundé nor Axel Disasi provide any considerable attacking momentum down the right, although Théo Hernandez will be more active in the offensive phases. Regardless, England’s attacking trident will likely struggle against a more defensively-oriented France back-line, even when looking to break, as they did so efficiently against Senegal.

Should Walker be utilised in the way described by The Independent, it would signify a major shift away from Southgate’s engrained ideology, a symbolic throwing in of the towel, an acceptance that Mbappé can’t be stopped. His decision to surrender his rest defence would be a surprising one, and one that could spectacularly backfire against a France side that will stick true to the principles that won the 2018 World Cup.