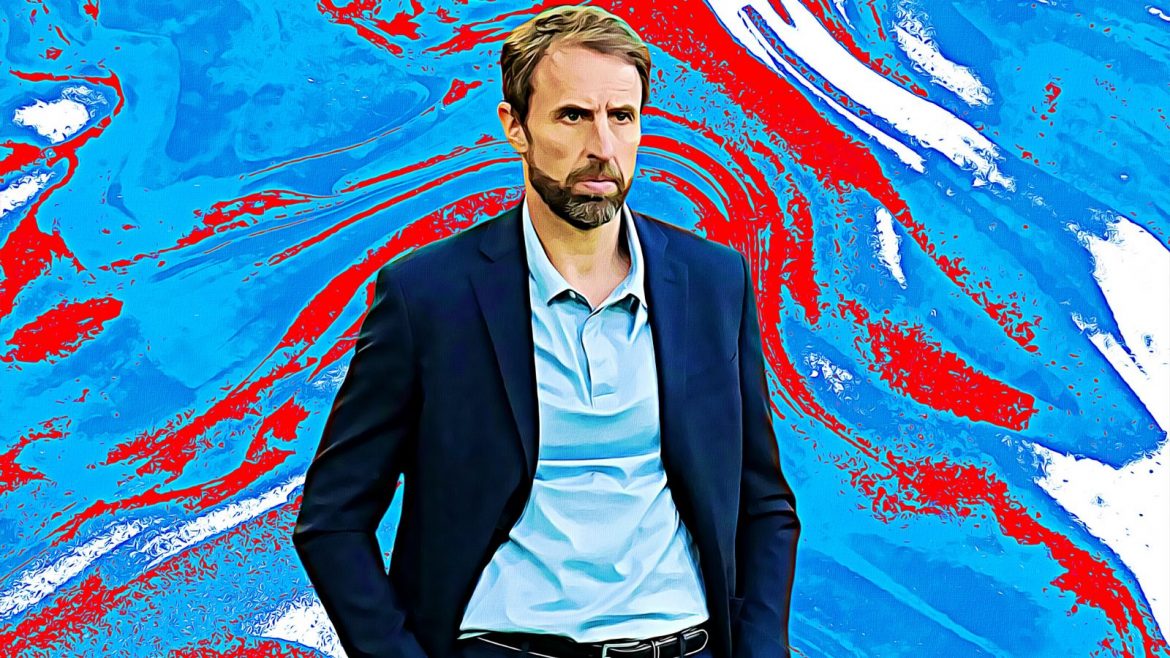 At their best, England’s forwards are a snappy, fluid attacking unit. Harry Kane’s role now resembles something of a false nine, which has allowed those in his orbit to exploit the space created as he drops off the front. A pair of swift counters to calm nerves against Senegal, a second-half rout of Wales and the first hour against Iran saw England move with pace and kill games off remarkably quickly.

Defensively, however, England’s pace is sedate at best. Although both confident passers, in theory, England centre-backs John Stones and Harry Maguire have repeatedly avoided risk in playing into midfield. Most apparent against Senegal and the USA, England games have ground to a halt at times as one of the pair looks up into midfield before rolling a pass sideways.

Concerningly for Gareth Southgate, a pair of more ambitious Maguire balls were picked off by Senegal during the first half of the last 16 tie and might have resulted in goals, while the USA expertly cut off passing lanes into midfield. England’s lack of intensity in possession in deeper areas and refusal to move the ball quickly other than when countering has seen Southgate’s team put under pressure by even a fleeting press.

Against Senegal, longer balls toward Kane showed some promise while a frustrated Jordan Henderson also dropped deeper to assist to moderate success. The prospect of success via both slight changes, and the shaky opening against Senegal generally, underlined that the ponderous passing between Maguire and Stones can’t continue during the quarter-final against a much stronger France team. Southgate has to make a decision on England’s move construction if he wants to advance.

In fairness to Stone and Maguire, both seemingly want to pass forward into central areas but usually lack options. Declan Rice, England’s deepest midfielder, was regularly the only available choice but either offered little scope to advance the play or was tightly marshalled by opposition midfielders. Phil Foden, Jude Bellingham and, until late in the first half, Jordan Henderson, were usually out of range, making a sideways pass the only prudent option.

Meanwhile, France will be England’s first opponents not to automatically defend in a low block and allow England to have possession, even if both teams lean towards caution generally. In theory, that increased entropy in potentially a more transitional, if not attacking, game, might present Stones and Maguire with more open progressive passing options. However, Southgate can’t rely on such a pattern, which also does little to combat Kylian Mbappe’s pace should France, as Senegal did, pick England off high up the pitch.

Firstly, England need to pass with more intensity and not invite the press (and trouble) by continuing their indecisive use of the ball in deeper areas. Southgate also needs his side to be more unpredictable on the ball and should encourage more medium-length passes toward Kane (who is adept at winning fouls) as well as riskier balls into midfield and the usual attempts to unbalance teams on the flanks.

To aid this England’s midfield need to be more available when Stones and Maguire are on the ball either by dropping deep to offer another angle in possession, as Henderson did, or exploit space in central midfield. This also might mean committing to Kane as an attacking midfielder (in terms of his starting position) and asking him to drop into the number ten position automatically while having his two wide forwards staying high and relatively wide to stretch France (giving England almost a 4-4-2 diamond shape) and offer an out ball for England’s defence, making the pace and finishing of Marcus Rashford more than useful.

Over recent international tournaments, France and England have been two of the more pragmatic and deliberate teams, but it’s speed that will define this quarter-final.