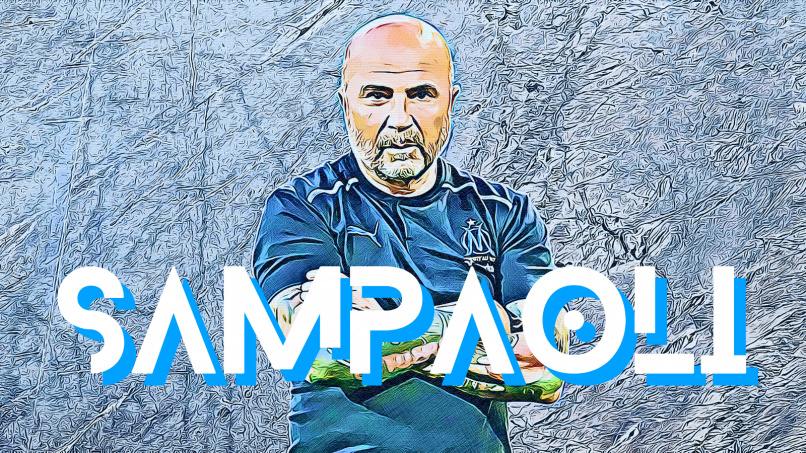 Front-footed, frantic, flexible. Jorge Sampaoli has made his mark on this Marseille team in double quick time and, despite disappointing results against promoted Clermont and Troyes in their past two games, OM ae still on course to bring Champions League football back to the Velodrome. The disastrous 2015/16 season, resulting in a lowly 13th, seems like a distant memory for the now tactically-astute Marseille. Despite a 1-1 draw with Troyes last week, that’s something they certainly couldn’t claim to be after the same result against the same opposition in 2016. The difference in fortunes and mood at the club couldn’t contrast more.

Marseille are just the second club side Sampaoli has coached outside South America and, so far, it’s been a success after significant summer investment gave him the backing he desired. However, L’Équipe recently reported players want to meet with Sampaoli to discuss tactics with some reportedly unsatisfied with decisions over tactical choices, training sessions and player selection. However, with OM in pole position to secure a Champions League spot, that rather contrasts with the job Sampaoli has done. After years of turmoil, it feels as though Marseille have become a force to be reckoned with again, rather than a giant to be mocked. The tactics he’s deployed, while leaving the side slightly open at times, have still ensured Ligue 1’s third best defensive record. Meeting or no meeting, there’s not much to complain about.

With Marcelo Bielsa sacked by Leeds United, it’s perhaps no surprise Sampaoli has also been questioned given the similarities between the two coaches. Back in 2014 Sampaoli revealed: “I’d reached a point where I had become dependent on Bielsa. I spied on Marcelo for 10 years. I watched his training, I followed him everywhere, I spent at least 14 hours a day thinking about him and watching videos of his games. I even recorded his press conferences and listened to them while jogging. I always identified with his philosophy, his offensive project and his view of the game.”

Marseille were top at Christmas during Bielsa’s own single season at Marseille and Sampaoli has also found joy in exploiting Ligue 1. In a uniquely modern way, Marseille have a fairly set structure that often looks unorganised and chaotic. The systematic style of how to attack creates chances in similar ways in almost every single game. The way they do that is through third-man runners and utilising the number nine as a playmaker, making Dimitri Payet an integral part of the side through the middle this year.

With Cengiz Ünder on the right flank and either Konrad de la Fuente, Bamba Dieng, or Luis Henrique on the left, Marseille look to exploit the space in behind opposition full-backs. It’s what Jack Harrison did so effectively for Bielsa’s Leeds and why Raphinha, who prefers the ball to feet, never quite fitted with how the Argentine wanted to play.

With Payet dropping into the half-space between the opposition’s defence and midfield, he’s often able to ghost into positions of danger and drag defenders with him, opening space in behind him. A prime example of this was seen for Mattéo Guendouzi’s first OM goal in August. Payet dropped deep from his central striker position, drawing Saint-Étienne centre-back Harold Moukoudi out of the defensive line. With the ball at Payet’s feet in the right-hand channel, Ünder immediately set off in the knowledge the ball would be played over the top.

It’s a sequence almost instinctively set in motion when the ball reached Payet, who delivered it perfectly into Ünder’s path. De la Fuente’s shot from the resulting cross was blocked but Guendouzi was on hand slot home. From almost nothing, Marseille were 1-0 up, simply due to the synergy and movement of the pattern. Marseille’s attacking philosophy is perhaps best epitomised by Guendouzi – a little erratic at times, but a joy to watch.

It’s a style that Marseille frequently deploy, with Sampaoli identifying that Ünder’s strength is in running beyond rather than collecting to feet, underlined by the fact that Ünder is completing just 1.09 dribbles per 90 minutes this campaign, according to FBRef, while he’s receiving 8.62 progressive passes per 90. Ünder is a threat when he has space and Sampaoli has structured his attacks accordingly. Furthermore, Payet’s ability to play a quarterback role when dropping deep suits his skillset. The Frenchman has never been blessed with pace, which is why he’s been shifted further forward and infield, away from the left wing.

Sampaoli’s system allows Payet time on the ball when Marseille attack. By using a dynamic runner such as Guendouzi, who has the fitness to play the box-to-box role, Payet is supported by third-man runners and, with defenders preoccupied by the threat closest to the goal, Payet finds pockets of space. Sometimes he creates his own through masterful close control and dribbling ability but he’s also helped by those around him, already bettering his goal contributions tally of 17 from last year.

Bielsa left in 2015 but Marseille have been reunited with his school of thought. The width of their attacks is fundamental, as is flexibility of shape, as Marseille constantly look for gaps in their opponent’s set up. They do this by moving their players as well as the ball, hence why Payet is given the licence to drift. However, OM are only seventh in Ligue 1 for xG this season, 37.8 according to FBRef, showing there’s scope for improvement. The variety of their build-up isn’t on par with the plenty of other Ligue 1 sides but they’ve also been excellent in the defensive phase.

After using several variations of back threes and fours, Sampaoli has settled on a more orthodox looking 4-3-3 recently but his interpretation is far from traditional as Marseille revert to a 5-4-1 when defending, which springs into a 4-3-3 in possession. It works thanks to the versatility and talent of Boubacar Kamara. The 22-year-old, likely to leave on a free this summer, is the glue that holds Marseille together. In the four league games Kamara’s missed this season OM have picked up just four points. With him in the team they’ve managed 1.95 points per game.

Although it may seem as though his primary job is to sweep up in front of the defence, Kamara has recently dropped into the back line to play as a third centre-back. It’s a credit to his incredible match intelligence, technical proficiency and reading of the game that he’s able to slip between roles so seamlessly. However, he’s also able to leave his position to close down space, safe in the knowledge he’ll have William Saliba and Duje Caleta-Car behind him.

With Gerson and Guendouzi dropping from a pair of eights in possession to a double pivot without the ball, Marseille remain solid in the middle of the park while Kamara is given the responsibility of following an opposing striker who drops deep. A slight problem arises in the transition between attack and defence, however. Marseille’s fluid backline requires concentration at all times and, when lapses occur, they can be picked apart with late runners a concern. It’s something for Sampaoli to figure out but, with so few goals conceded, it’s not a major issue.

Although a tactically versatile side, Marseille aren’t the finished model. But they’re well on their way to re-establishing themselves as the best in France behind PSG. Nice and the chasing pack will be buoyed by recent results but, if Sampaoli can regain the trust and faith of his entire squad, Marseille have more than enough ability to return to the Champions League. Somewhere everyone at the club feels they belong.