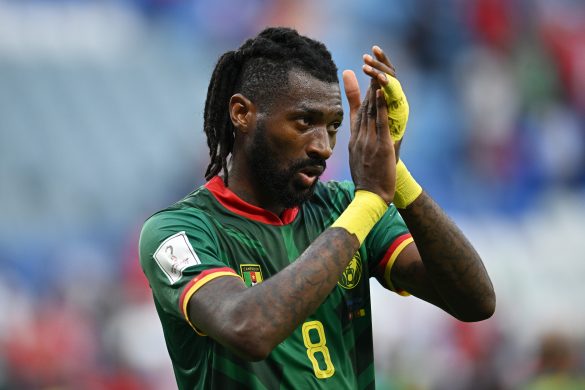 Cameroon will regret not taking at least a point from their match against Switzerland. Cameroon put together some strings of dangerous plays from counter attacks that could have led to goals. However, the match-tying goal never came which had an impact on their sports betting chances.

In a post-match interview with beIN sports, André-Frank Zambo Anguissa explained that  “I am sad, annoyed and disappointed. It was undeserved. We played a good match. We had chances … On a counter-attack we took a goal, but when you fall, you have to know how to get back up. This is what we have to do quickly… There are no regrets because we gave it our all, but in the end we lost the match.”

With players like Eric Maxim Choupo-Moting and Lyon’s Karl Toko Ekambi, Cameroon would have expected to have more quality in the final third. The attacking duo missed several chances that players of their level would be expected to take advantage of.

The midfielder fought hard in the loss and put together a solid performance. He may have looked to create more on the attacking side of the ball, but overall, he did well for his team. Cameroon will move on to Serbia and Brazil, and to advance out of their group, will require near perfection.