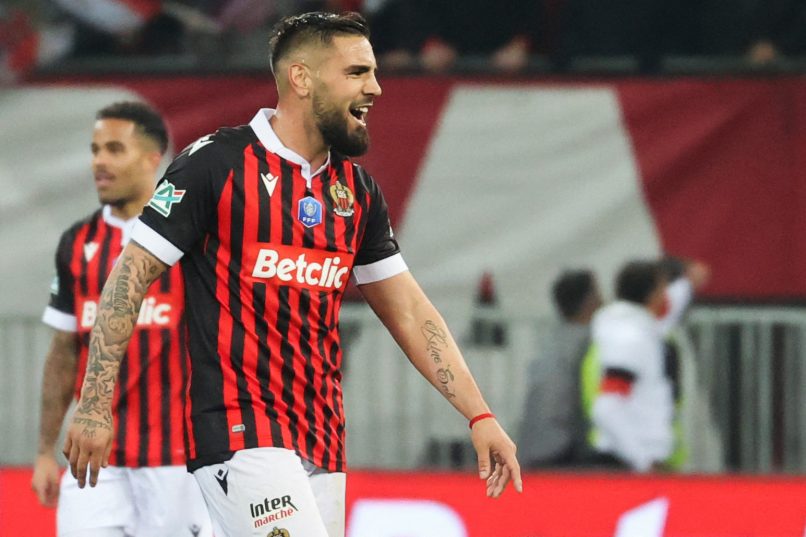 Ahead of this afternoon’s match between Nice and Montpellier (5pm kick off local time), Andy Delort, who left his hometown club for les Aiglons last summer, spoke to French regional newspaper Nice-Matin about his return to the Stade de la Mosson.

Crucially, Nice will be without away support, with the Hérault prefecture citing “the historic and violent rivalry” between the two clubs, as well as “the surprise departure of Andy Delort,” which “was not accepted by the Montpellier ultras, who have not forgiven this last-minute defection of the Hérault-born player.”

In response, Christophe Galtier said: “I dare to hope it’s not the only reason for the ban. What’s next? That we can’t play a kid who’s moved from one club to another? It’s a real shame.”

The 30-year-old, who scored 47 goals in 106 games with Montpellier between 2018 and 2021, said he will not let his reception at La Mosson get to him. “I know I’m not only going to hear nice things around the pitch, but it’s not a big deal. I only have good memories there. I hope we’ll go there and win.”

Asked how it feels to be considered by many in Montpellier as a traitor, Delort responded that “without any pretension, after everything I did at Montpellier, it breaks my heart. That’s how it is. I would have preferred it to have gone differently but we’ll go there and get insulted, it’s not a big deal. I told my family not to come to the stadium. Otherwise they’ll hear insults and I know how they are.”