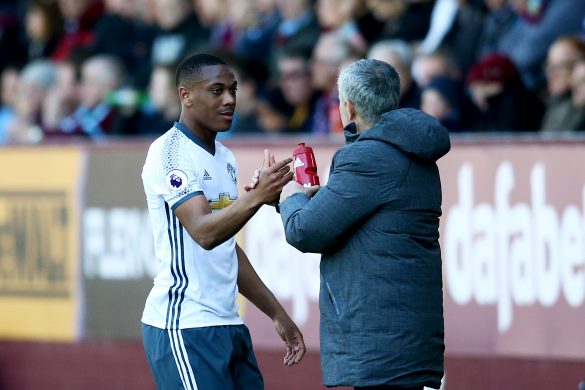 In an interview published in the latest France Football, Manchester United and France striker Anthony Martial discussed his strained relationship with José Mourinho during the Portuguese manager’s time with the Red Devils.

“It started with this shirt number story. Over the holidays, he asks me if I wanted to change and take the number 11 shirt, telling me that it’s great because it’s the legendary Ryan Giggs’ number. I told him that I had the greatest of respect for Giggs but that I wanted to keep my number 9. And when I came back, I saw that my shirt number had been changed to 11 [the 9 was given to Zlatan Ibrahimović], we weren’t getting off to the best of starts.”

“He showed a lack of respect towards me. He was talking about me in the press, putting out these little one-liners, a bit like what he did to Karim Benzema at Real Madrid. He likes these little games but he also knows with who he’s doing it, he knows that I was 20 then and that if I spoke out, I would be the one who would come off as a young player lacking respect. So I said nothing, it was pointless.”

“The second season, I was the top scorer of the team in the first half of the season, he brought in Alexis Sánchez and then I nearly stopped playing entirely. It was the World Cup season as well, it cost me in the end, especially since France won the tournament. I should have been there…”

Didier Deschamps on FFF sexual harassment claims: “I’m not getting into it.”