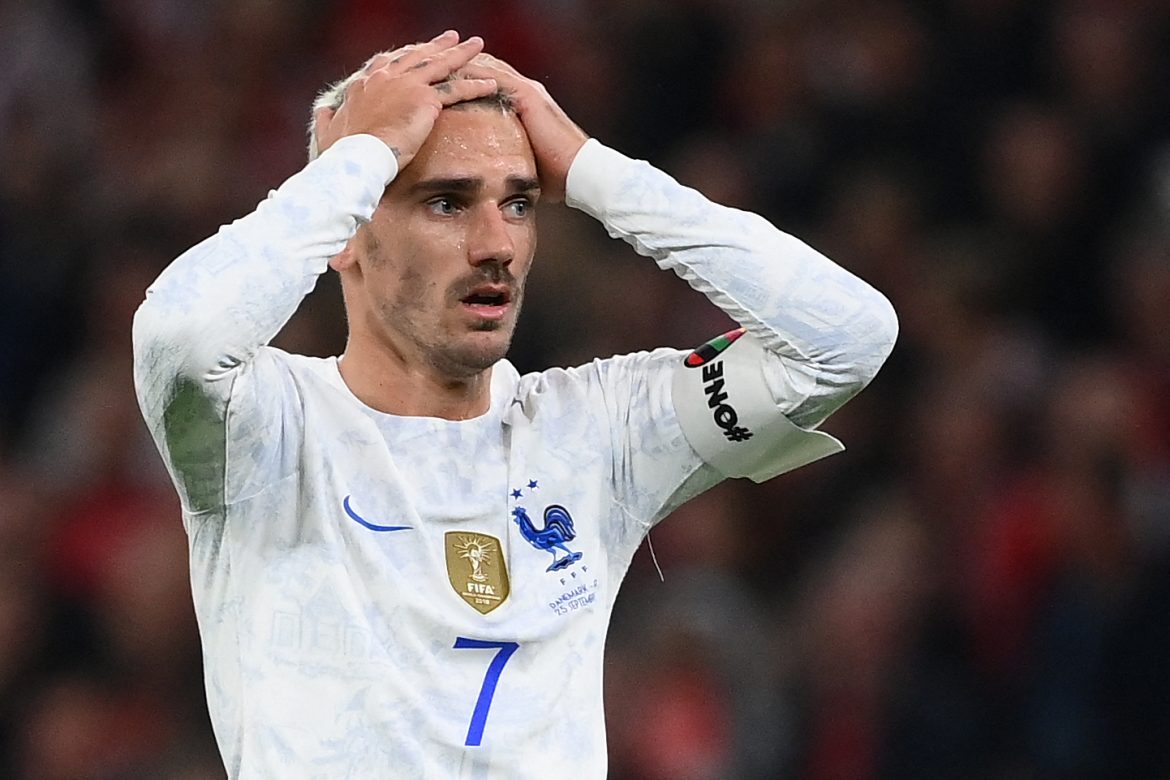 Despite making a dominating start to the game, France succumbed to a miserable 2-0 defeat to Denmark in their final group-stage match of the 2022/23 UEFA Nations League.

Following the results, Antoine Griezmann blatantly admitted that they needed the humbling before the World Cup. However, according to him, everything will be fine in the World Cup as the loss has given them a window for making improvements individually and collectively within the team. As quoted by L’Équipe, the 31-year-old forward said:

“It’s a question of consistency. The coach wants to see new players, and we try to find solutions. We’re not going to say that it’s the fault of the changes. If we weren’t good at corners, it’s a question of mentality. We have to win the duels. Up front, we were timid, we missed some final moves. It’s good for us before the World Cup.

When asked whether he was worried about the result, the Frenchman continued:

“No, not at all. We have the group and the coach to aim very high. It’s up to us to put everything in place to be ready.”

Two goals within six minutes from Kasper Dolberg and Andreas Skov Olsen in the first half of the match sealed the deal for the home side, with France narrowly escaping relegation from their respective group as Croatia beat Austria to keep Les Bleus in League A.