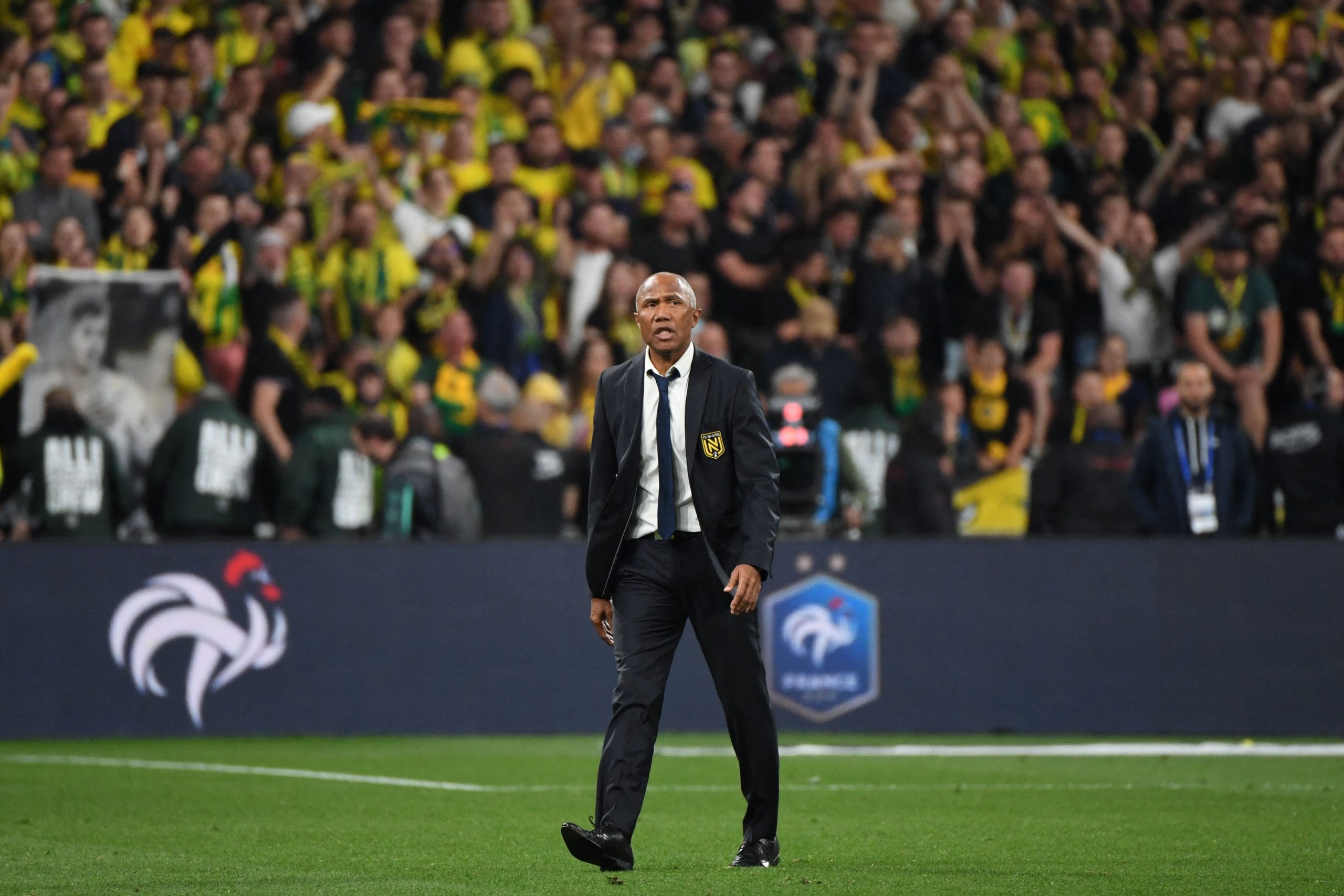 Nantes manager Antoine Kombouaré is to remain at the club beyond the summer, according to L’Équipe. Although a seemingly logical decision given the club’s very recent Coupe de France success, the New Caledonian manager’s continuation at the club was uncertain as a result of a strained relationship with president Waldemar Kita.

Following the Coupe de France victory against Nantes, Kombouaré’s future was thrown into doubt when he revealed that, “the day-to-day relationship isn’t easy.” He has also said in press conferences since that, “my future is undecided.”

During this period of uncertainty, he was also offered and subsequently refused, the job as the Ivory Coast national team manager, as revealed by Fabrice Hawkins.

A meeting between Kombouaré and Kita on Monday bore fruit, achieving its goal of facilitating a more harmonious relationship between the pair. According to L’Équipe, the desire to take the club where he began his playing career in 1983 on a European adventure next season was “too strong.”

Despite a positive outcome from Monday’s meeting, Kombouaré has not been offered a contract extension. His current deal runs out next summer.

Kombouaré was brought in by Nantes last season to save them from relegation to Ligue 2. Having achieved that goal, his side has gone on to exceed expectations this year. Not only has he led Les Canaris to a comfortable mid-table finish, but he also led them to their first Coupe de France victory since 2000.