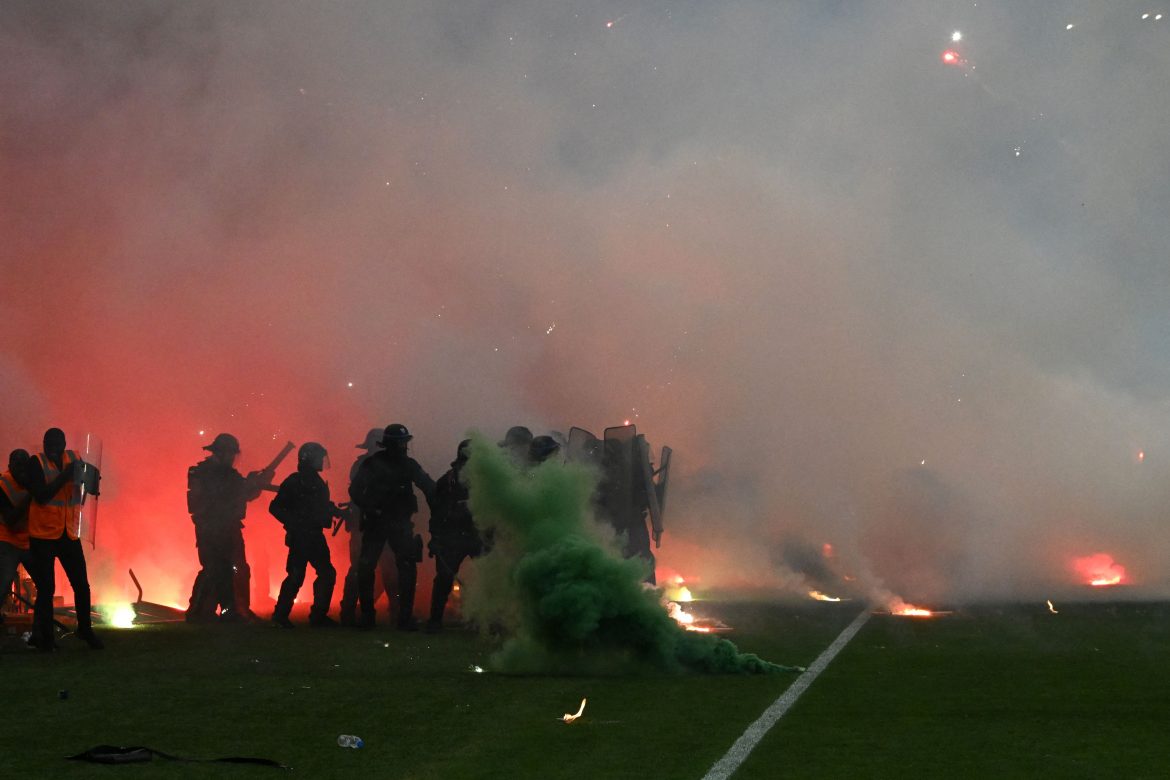 L’Équipe report that around 30 Saint-Étienne ultras have been arrested at their homes this morning and taken into police custody as part of an investigation into the mass pitch invasion which took place after Les Verts were relegated to Ligue 2, having lost their play-off tie against Auxerre back in May.

Immediately after the penalty shoot-out, hundreds of supporters had flooded onto the pitch wielding flares and pyrotechnics which were thrown in the direction of the VIP section – the ensuing chaos lasted nearly two hours and caused damage to the Stade Geoffroy-Guichard.

The local authorities had indicated recently that in the last few months four police officers were working full-time on the operation, known as Ultras 42 (as in the postal number of the department Saint-Étienne is in, the Loire). They have notably been using the 250 cameras inside the stadium, as well as those of the city council placed around it.