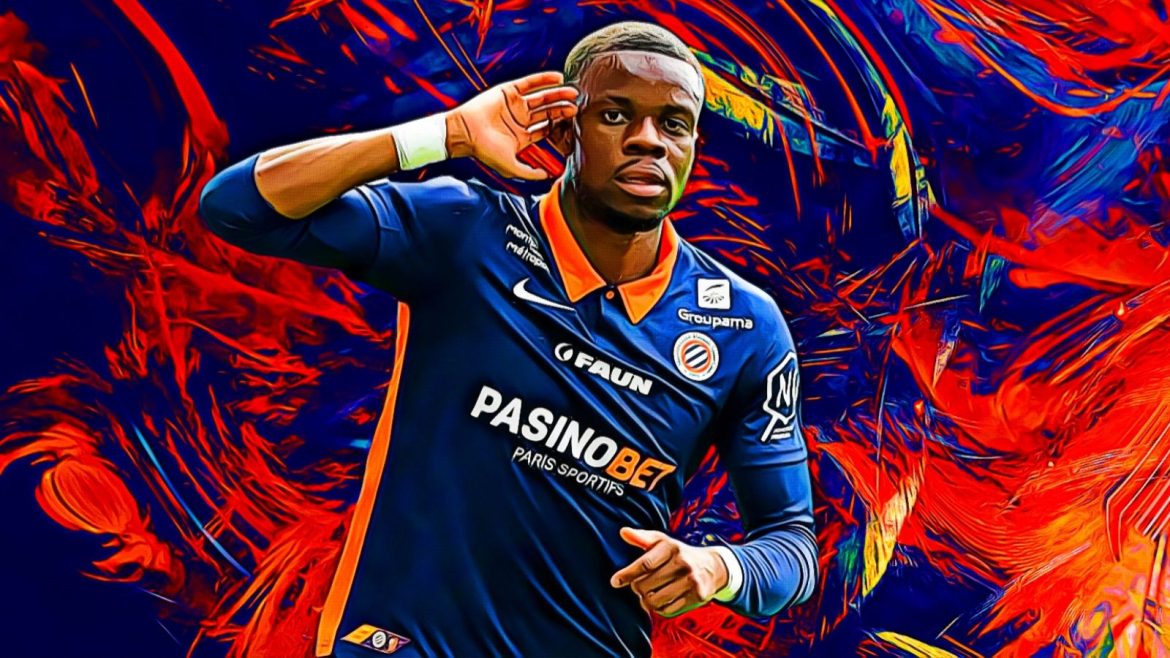 The road to the top for talented footballers can change depending on a number of factors. For some, the path to first-team football is expeditated due to injuries for competing players, the preferences of a new manager or just sheer talent. For the majority, the route takes another direction. For Derby-born Montpellier attacker Stephy Mavididi, his road has taken him to two of the biggest clubs in the world, the English third tier, Italian football and now France, where he’s competing against the likes of Neymar, Lionel Messi and Kylian Mbappé. The road may have been a meandering one for Mavididi, but his future is looking bright at last.

Starting out at Arsenal’s youth academy in 2011 alongside Joe Willock and Ainsley Maitland-Niles, the young forward didn’t turn pro until 2015 at a time when the club was on the cusp of a rebuild. Long-time coach Arsene Wenger was still in charge, but his tenure at the club was starting to wind down and the player’s route to the first team was blocked by the likes of Theo Walcott and Alexis Sanchez. Brief loan spells at Charlton Athletic and Preston North End gave Mavididi a first taste of first-team football but were ultimately derailed by injury as he failed to make more than 15 appearances during those periods. However, Mavididi grabbed headlines with his next transfer.

Italian giants Juventus swooped to sign Mavididi based, apparently, on the recommendation of centre-back Giorgio Chiellini’s brother. The clearly talented but unlucky teenager had joined Italy’s biggest club and would soon become the first Englishman to play for the Old Lady since former England international midfielder David Platt in 1992. At the time Mavididi was ecstatic over the move, telling the Guardian in 2020: “Juve were just opening up their second team and were looking for the best players born in 1998 to come over and play. When I heard they were interested I was buzzing.”

Yet, despite that historic accolade, Mavididi again found first-team minutes difficult to come by, being stuck in the under-23s and having to compete with Paulo Dybala and Cristiano Ronaldo in the senior team. Despite being frustrated at Juve, Mavididi’s game improved markedly in Italy, the playing points to Ronaldo as a key influence. “It was a privilege to even train with him,” Mavididi says. “It helped me so much. It’s not even about going up to him and asking him questions. You just watch him and you learn.” However, another loan away from Turin with Ligue 1 side Dijon for the 2019/20 season would eventually change his career path.

Eight goals across 28 games in Ligue 1’s covid affected season was enough to impress multiple French clubs and prompted Montpellier to invest around £6m in the forward’s services. Mavididi’s quick feet in and around the box plus an instinctive eye for goal make the now 24-year-old a duel threat, plus his speed and attacking positioning make him very difficult to defend against. He’s versatile too, able to play as the central striker as well as out on the wings, an asset that is increasingly important for forwards looking to join elite level clubelite-level football.

Wherever he plays, at his best, Mavididi’s finishing is deadly. During the 20/21 season, his first at Montpellier, no one in Ligue 1 was more efficient with their shooting than the Englishthanwho led the league for the most goals per shot taken with 0.3. Mavididi is far from a stranger in France, telling the Guardian: “My parents speak French and so do all my aunties and uncles, so I thought mine was all right until I got here,” the forward explained. “But when I got here I was like: ‘I need to improve.’ I’m getting better. Speaking some every day with my teammates and coaches helps a lot.”

The now 24-year-old’s form for Montpellier has attracted interest from Premier League clubs like Southampton, West Ham and Everton whilst Marseille have also kept an eye on his progress. This summer, reports suggested that Mavididi had asked Montpellier to let him leave as he chases a return to his home country. Although the right offer didn’t arrive, and the forward has seen his season halted by injury, a Premier League return seems inevitable at some stage, while bids for the forward in the January transfer window aren’t unlikely.

Despite counting Thierry Henry as a mentor during his time at the club, ironically, Mavididi would probably be playing a big part in Mikel Arteta’s Arsenal revolution if he had come through a few years later in North London but, ultimately, Mavididi’s career took a different path. For every Bukayo Saka and Emile Smith-Rowe, current Arsenal youngsters, there’s a Stephy Mavididi or a Serge Gnabry, players who needed to leave in order to get game time and develop, but all four have proven they have the talent to make it at the highest level, regardless of their very different roads travelled.