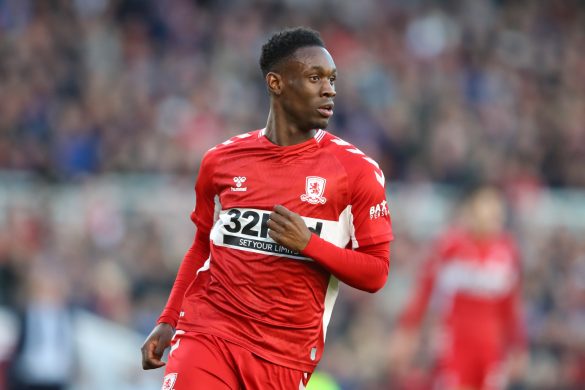 L’Équipe report this morning that Reims are on the search for a replacement after the departure of Hugo Ekitike for Paris Saint-Germain, with Arsenal’s Folarin Balogun notably on the club’s shortlist.

The England youth international spent the latter half of last season on loan at Middlesbrough, where he scored three times. Overall, the 21-year-old, whose contract expires in three years, has played ten times for the Arsenal first team, scoring twice in the Europa League the season before last.

With Scottish forward Fraser Hornby set to leave the club as well, for Oostende, Reims manager Óscar Garcia is looking for recruits in the attacking department.

As well as Balogun, the club’s scouting team’s shortlist, from which they hope to sign at least two, also consists of Genoa’s Polish forward Aleksander Buksa – the younger brother of Lens striker Adam – as well as Japan international Junya Ito of Genk. The upper management have also singled out Sporting CP’s Youssef Chermiti, but could well wait a year to sign the Portugal native on a free transfer.

Despite the lucrative transfer fee obtained from Ekitike’s move – on paper a loan deal but with a €36m permanent clause which is virtually obligatory – Reims are not looking to overpay for any potential arrivals.