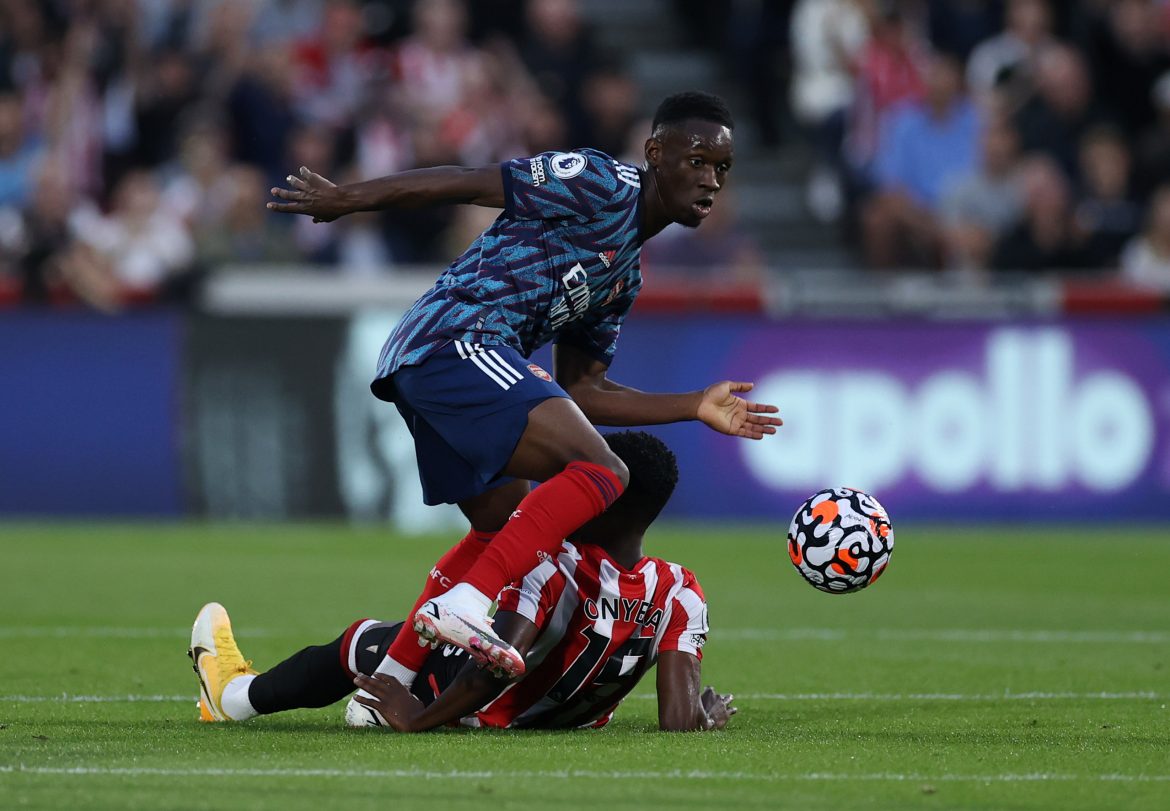 L’Équipe report tonight that Arsenal forward Folarin Balogun will join Reims on a season-long loan, in a deal which does not include any permanent clause.

The 21-year-old will undergo his medical with the Champagne club tomorrow. Reims were looking to bring in a striker to play in their 4-3-3 formation in the wake of Hugo Ekitike’s departure to Paris Saint-Germain earlier this month, with Scottish forward Fraser Hornby also having left, on loan to Oostende.

The England youth international was joined by Aleksander Buksa of Genoa and Japanese international winger Junya Ito of Genk on a shortlist – of the three, Balogun and Ito will have been the two who completed their moves.

Balogun, whose contract with the North London side expires in three years’ time, has made ten appearances overall with his formative club so far, notably scoring twice in the Europa League the season before last.

He spent the second half of last season on loan at Middlesbrough, scoring three times as the Championship side finished in seventh place, just outside the playoff spots.