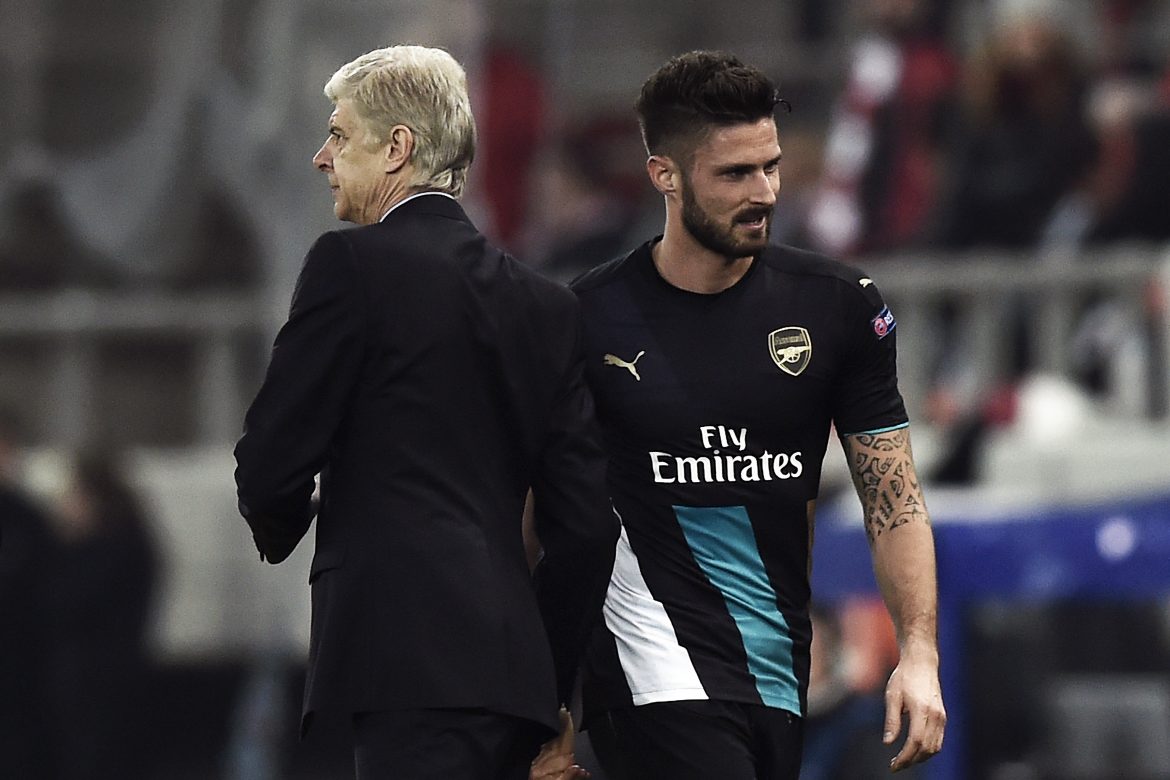 In a segment in today’s Téléfoot, a number of Olivier Giroud’s former managers and teammates praised France’s number nine after his double against Australia saw him become France’s joint all-time top scorer, sitting on 51 alongside Thierry Henry.

For his former manager at Arsenal, Arsène Wenger, the career that Giroud has carved out for himself is worthy of plaudits, especially given he did not start from the top:

“You have to kneel before his career. Nothing was given to him to start with.”

His international teammate Antoine Griezmann says that the Milan forward is “an exceptional number nine” who has scored and won titles in every club he has played in. That sentiment is echoed by Laurent Blanc, who adds that when he handed Giroud his first international call-up in November of 2011, he was at that time among the best French strikers. For 1991 Ballon d’Or recipient Jean-Pierre Papin, the former Montpellier man is even “one of the last true number nines around. There aren’t any anymore, they don’t make them like that anymore.”

After recovering from the stamp he took in the match against Denmark, Giroud will now have the chance to overtake Thierry Henry against Tunisia, on Wednesday – his current goalscoring form standing in stark contrast to his 2018 tournament.