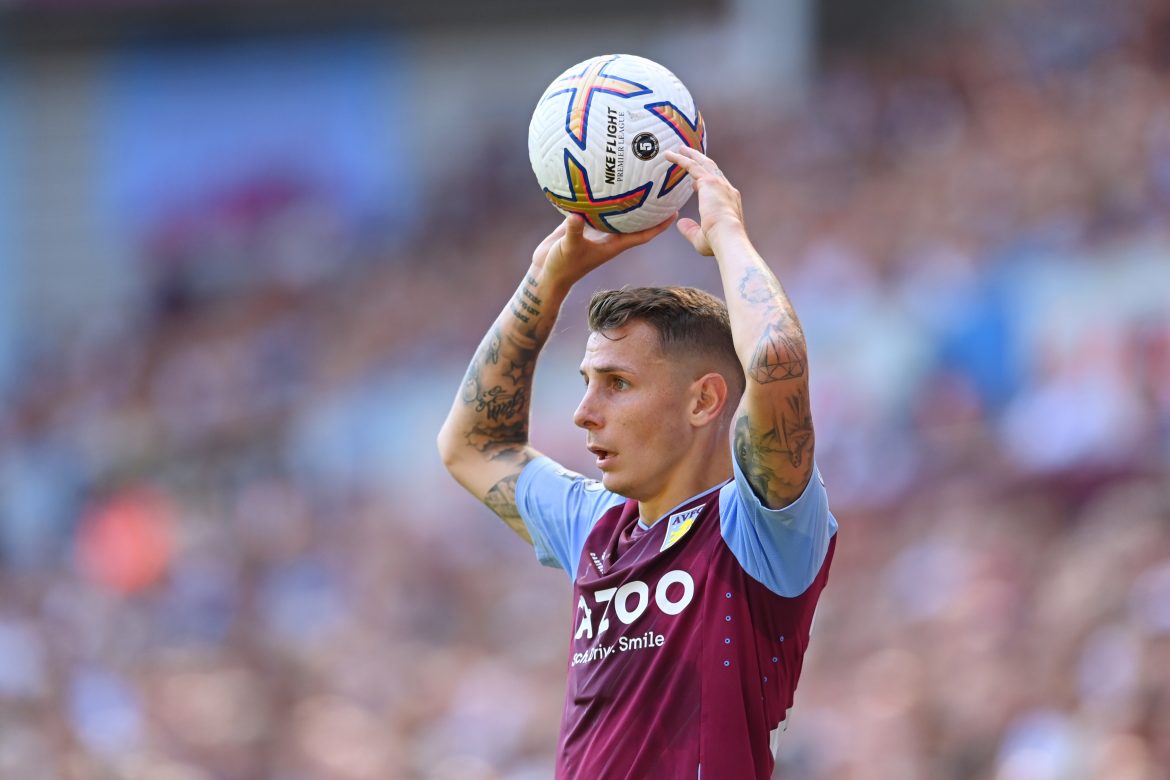 Summoned to replace injured Theo Hernández, Lucas Digne also needed to withdraw from the French national team as part of the ongoing injury crisis that has plagued the defending World Cup champions.

As per L’Équipe, the French international will be on the sideline for several weeks. The report understands that the full-back suffered from an injury in his right ankle, which led him to leave Clairfontaine just after joining the French contingent readying themselves for their upcoming UEFA Nations League games against Austria and Denmark, respectively.

The initial tests reveal that the former Everton left-back has sustained a possible stress fracture in his right ankle, which is enough to rule him out of Villa’s next games. However, there will be further examinations to understand whether the initial signs are as daunting as they look. While contacted by L’Équipe, the representatives of the player’s side did not respond.

In his place, Rennes defender Adrien Truffert has joined France in what has appeared to be the 20-year-old’s first call-up to the senior side. On the back of two draws and two defeats in the Nations League, Didier Deschamps’ men next lock horns with Austria on September 22 before encountering Denmark on September 25.