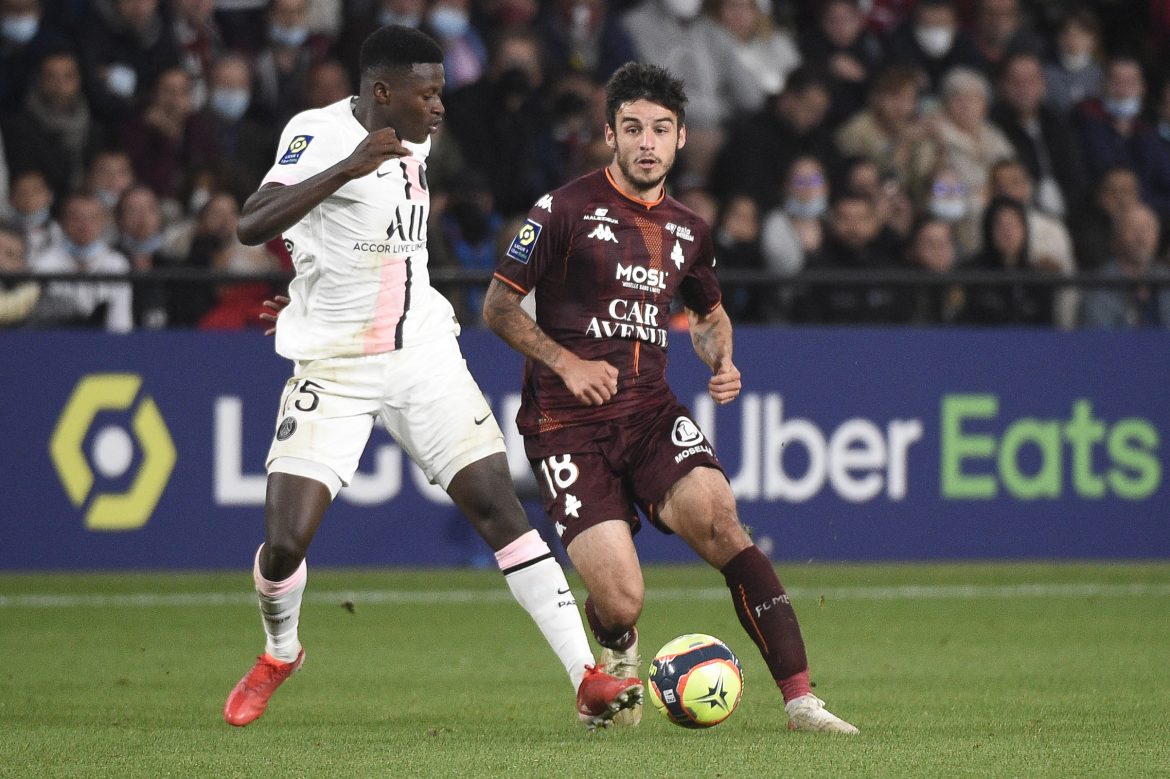 Foot Mercato report today that Metz full-back Fabien Centonze is expected to leave the Moselle club imminently, following their relegation to the second tier at the end of last season.

Les Grenats were previously asking for a €3m fee for the 26-year-old, but are now open to a loan deal with a permanent option, with Rennes and Lyon already in talks with the player’s agent. The two are looking for an experienced right-back as a rotation option, with Les Gones in particular looking for a back-up for Malo Gusto.

Atlético Madrid and Villarreal have also sounded out the player’s agency, with the defender’s contract at Metz running until 2024.

Centonze saw his barnstorming start to last season – four goals and an assist – cut short by injury, with his absence undoubtedly playing a part in Frédéric Antonetti’s men going down at the end of the campaign. The former Lens and Clermont man has been at the club for the last three seasons.