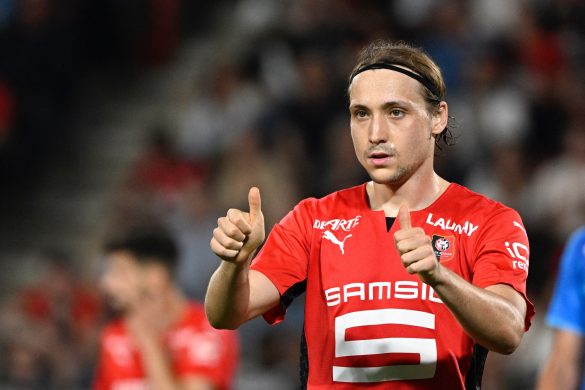 L’Équipe report this afternoon that Atlético Madrid are interested in signing Rennes’ Croatian playmaker Lovro Majer, with talks now said to be underway between the two clubs according to the outlet’s Spanish sources.

The 24-year-old impressed in his first season in France last year, having moved from Dinamo Zagreb for a €12m fee. Majer himself is happy to stay in Brittany but could also be tempted by the prospect of a move to a club playing in the Champions League.

The attacking midfielder is under contract for another two years. In his 29 Ligue 1 appearances in 2021/22, he scored six goals and registered eight assists, becoming a crucial part of Bruno Génésio’s team that finished in fourth place, securing Europa League qualification.

Foot Mercato had reported earlier this summer that the Croatian international had attracted interest from the likes of Paris Saint-Germain and Real Madrid as well, with the latter club having potentially identified Majer as a successor to his compatriot Luka Modrić.