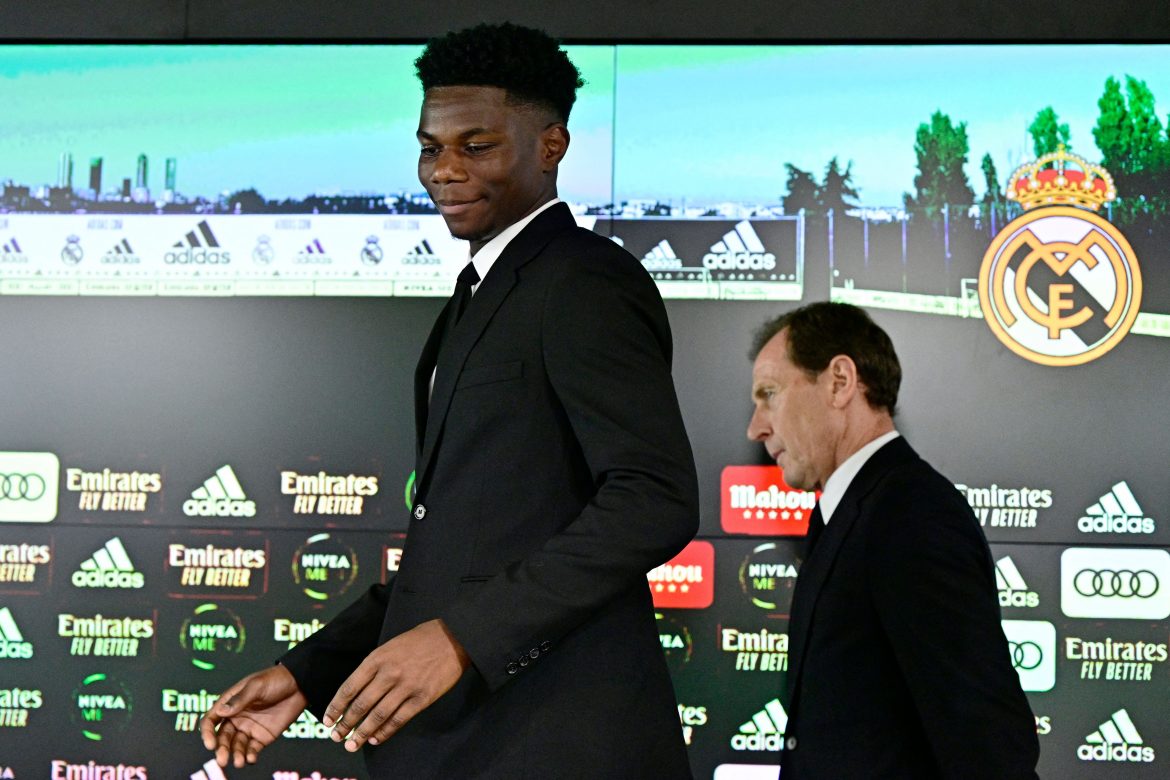 Speaking at his presentation as a Real Madrid player, French midfielder Aurélien Tchouaméni (22) revealed that international team-mate Kylian Mbappé (23) tried to convince him to join PSG.

In his press conference, transcribed by Le Parisien, Tchouaméni said, “Mbappé spoke to me and asked me if I could go to Paris. But I told him that I wanted to join Real Madrid. My choice has always been Madrid. He understood my decision, and he is happy for me.”

He went on to reveal further contacts with international teammates, including Karim Benzema (34), who he described as “the best in the world.” The former AS Monaco midfielder said, “Benzema is the best in the world. When he knew that negotiations were going well, he wrote to me to explain everything to me and asked if I needed anything.”

He also revealed that fellow Real Madrid midfielder Eduardo Camavinga (19) told him, “You should join us at Real Madrid, come here!”