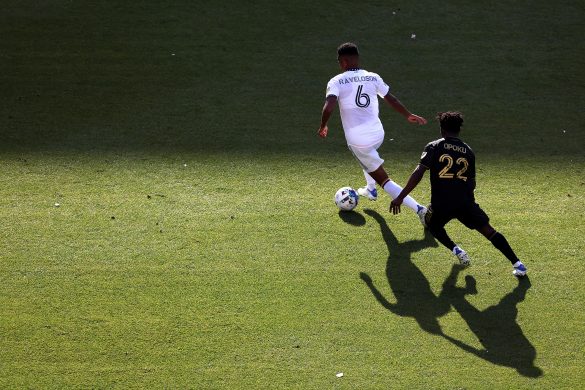 As first reported by Paul Tenorio of The Athletic and ostensibly confirmed by the club, Auxerre are set to complete the signing of midfielder Rayan Raveloson from LA Galaxy. Agreements were reportedly in place for the transfer, but the move was not yet finalised as the player travelled for his medical.

The 25-year-old’s move also paves the way for the MLS side to complete the signing of Barcelona man Riqui Puig. During the 2022 domestic campaign, Raveloson made 22 appearances and scored three goals, while also registering two assists.

The Madagascar international made the move across the pond in 2021, having previously played for Troyes for three seasons and first broke through at Tours, where he was playing from 2014 after moving from Réunion island, where he grew up.

Raveloson becomes the club’s fifth major signing of the season, having already brought in the likes of French international goalkeeper Benoît Costil as well as ex-PSG and Barcelona man Kays Ruiz-Atil ahead of their first year back in the top flight.