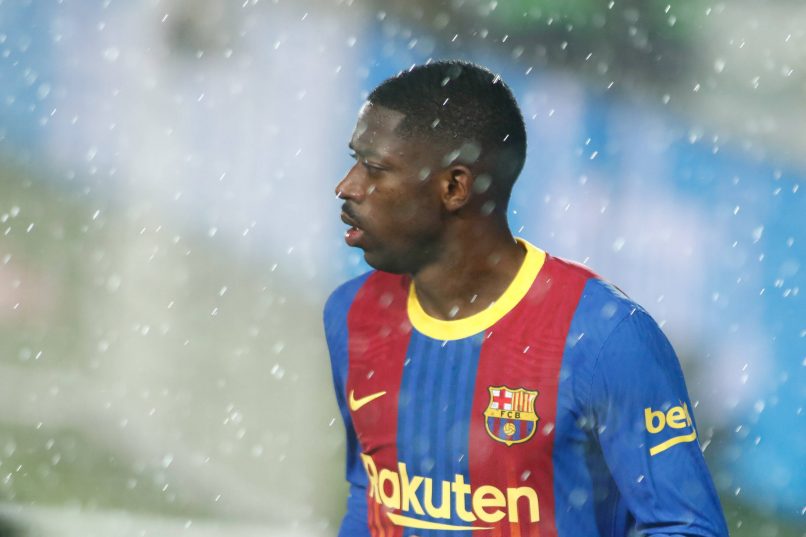 As reported by Le Parisien, Barcelona are looking to sell French winger Ousmane Dembélé this month for €20m.

The Spanish club have become frustrated with the 24-year-olds indecision over a new deal with his contract running out in the summer and have just 11 days in which they will be able to get a fee for the player. Dembélé has told coach Xavi he is keen to stay but the player’s agent Moussa Sissoko continues to make huge contract demands.

Dembélé’s Barcelona salary, having signed for €135m from Borussia Dortmund in 2017, is €10m net but Sissoko has been pushing for a salary of €20m plus a huge signing bonus of €40m.

Barcelona sporting director Mateu Alemany said this week: “It seems obvious to us that the player does not want to continue and be involved in Barcelona’s future project. Under these conditions, we told him and his agent that he had to leave as soon as possible. We started discussions around July and several offers were systematically rejected by his agents.”