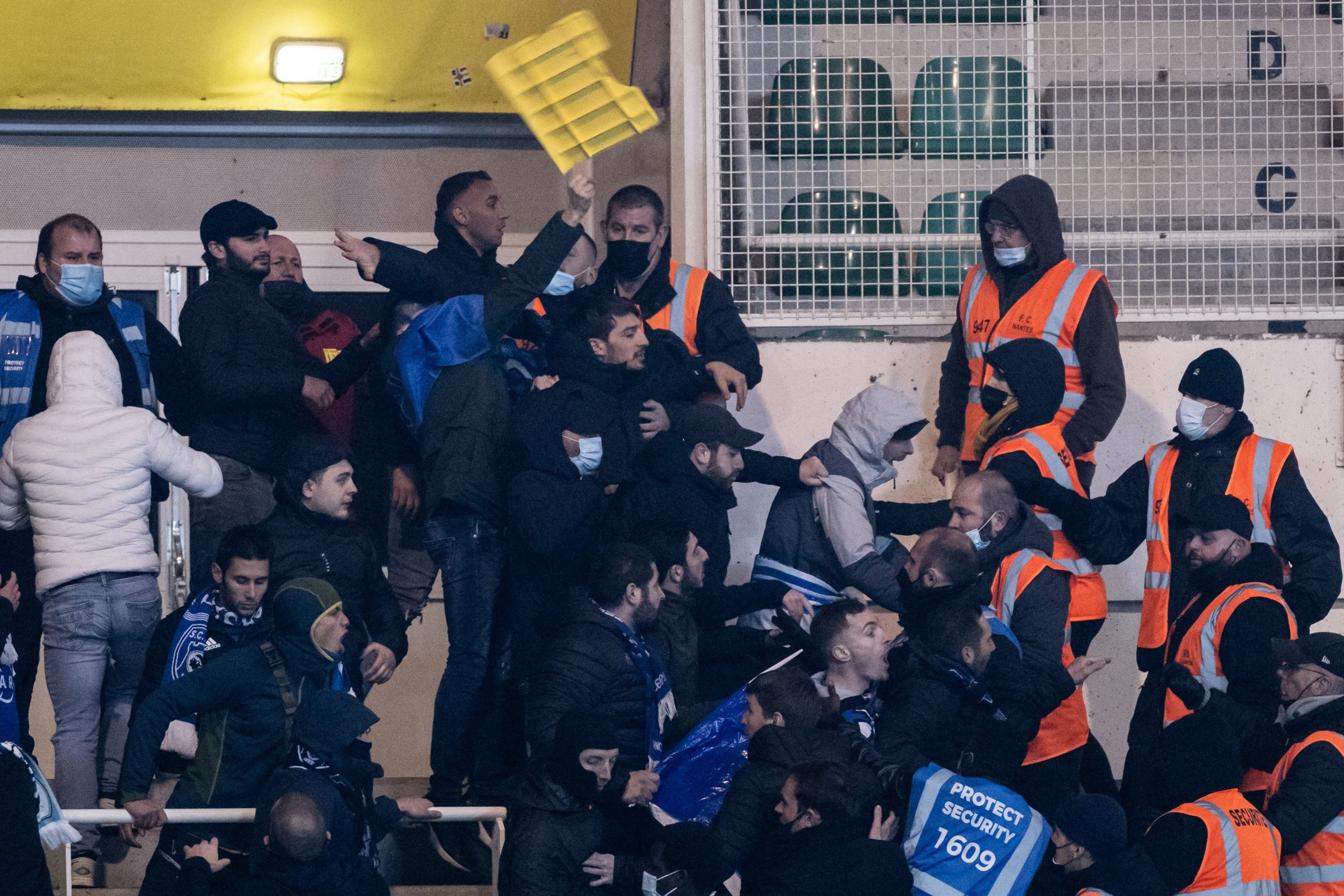 Having been banned from the Nantes city centre for the Coupe de France quarter-final last night, L’Équipe report that Bastia fans clashed with stewards in the Stade de la Beaujoire.

With several hundred Bastia fans having made the trip form Corsica to the North-West, many caused trouble by setting off agricultural bombs before and during the match.

At the final whistle, at which point the scoreline read 2-0 to Nantes, eliminating the Corsicans from the competition, around 20 Bastia fans, who had escaped from their stand, clashed with stewards.

Objects that seemed to be yellow and green chairs were thrown in the direction of the home supporters. The fracas ended after just a few minutes.

Mathys Tel: The next French prodigy