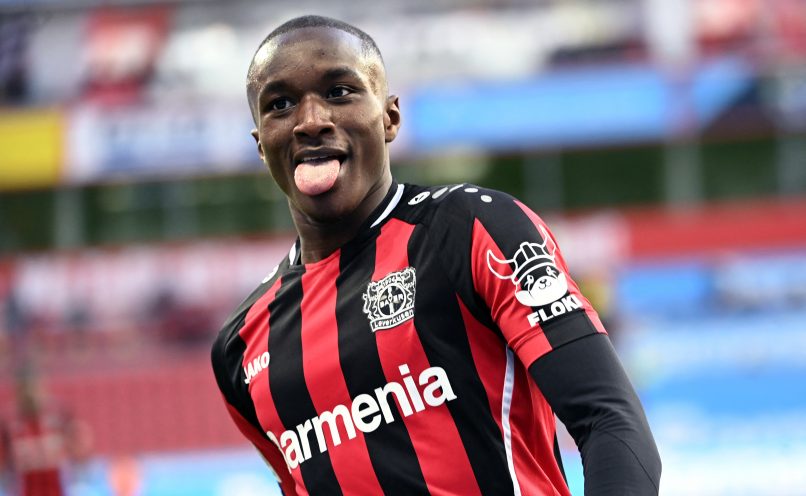 L’Équipe report today that Bayer Leverkusen would not be looking to let go of in-form French winger Moussa Diaby for less than €100m, should he leave this coming summer.

The 22-year-old already has an impressive 15 goals and 9 assists in all competitions this season, kicking on from a 2020/21 campaign which saw him find the net ten times and set up another 15 goals.

The former PSG man has grown into one of the most sought-after prospects in the Bundesliga since joining in 2019.

With interest around him growing, the German club are looking to keep him for at least one more season, with his contract expiring in 2025. The potential prospect of playing in the Champions League could also be a convincing argument, with the team third in the league as it stands.

Should he leave, though, the asking price would be set at the same which saw Kai Havertz leave for Chelsea in 2020, roughly equal to €100m.