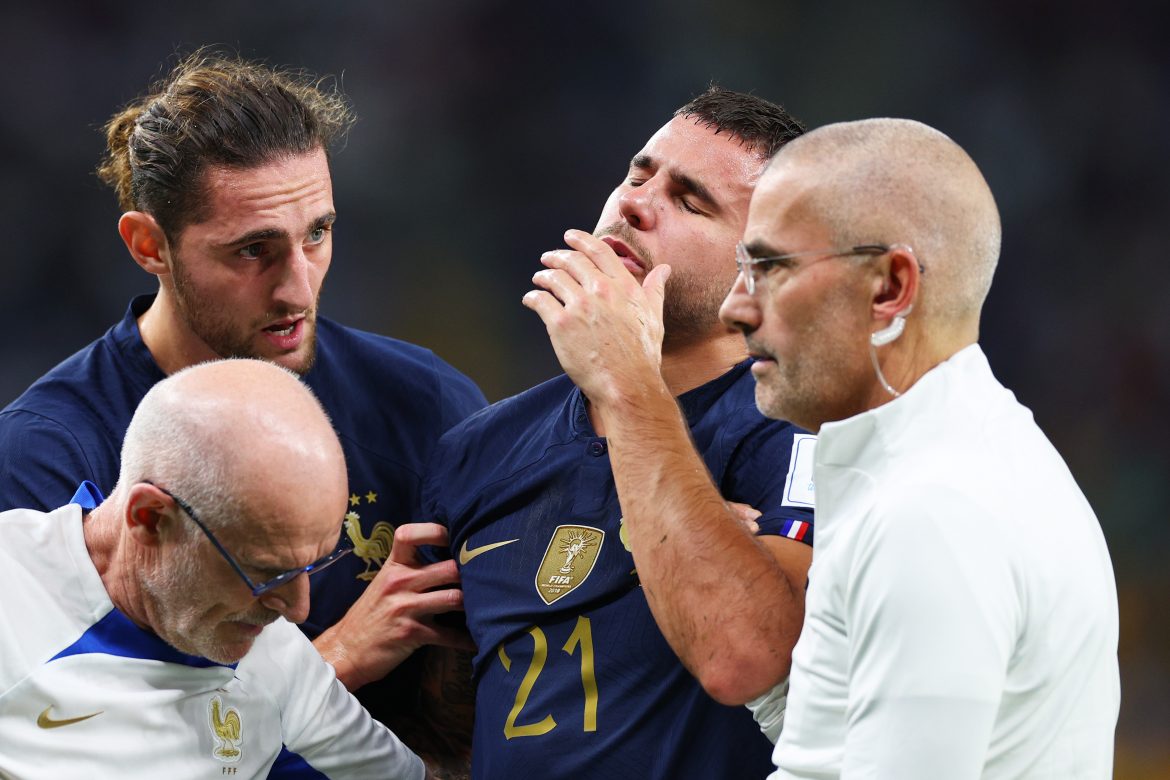 Lucas Hernández, who was injured in France’s first match of the World Cup against Australia, has successfully gone through surgery on his injured ACL. The French international is not only a key player for his national team, but also for Bayern Munich, who released a statement on the player’s operation.

Lucas Hernández was successfully operated on by Prof. Christian Fink in Innsbruck on Thursday evening after rupturing his cruciate ligament in his right knee. The FC Bayern defender will commence his rehabilitation in Munich in the coming days. He suffered the injury in the France national team’s World Cup opener against Australia.

RMC is reporting there is no timeline on the player’s recovery. Lucas Hernández was replaced by his brother, Theo Hernández. France are also considering a change on the right side with Jules Koundé. This is a move that would be immediately tested up against Denmark’s Kasper Dolberg and Christian Eriksen on Saturday. The backline, despite the team’s depth, has been a source of concern since the team’s disappointment in the Nations League last year.

As covered by GGFN, the Bayern defender was close to renewing his contract with the club. There have been no reported changes to that negotiation.