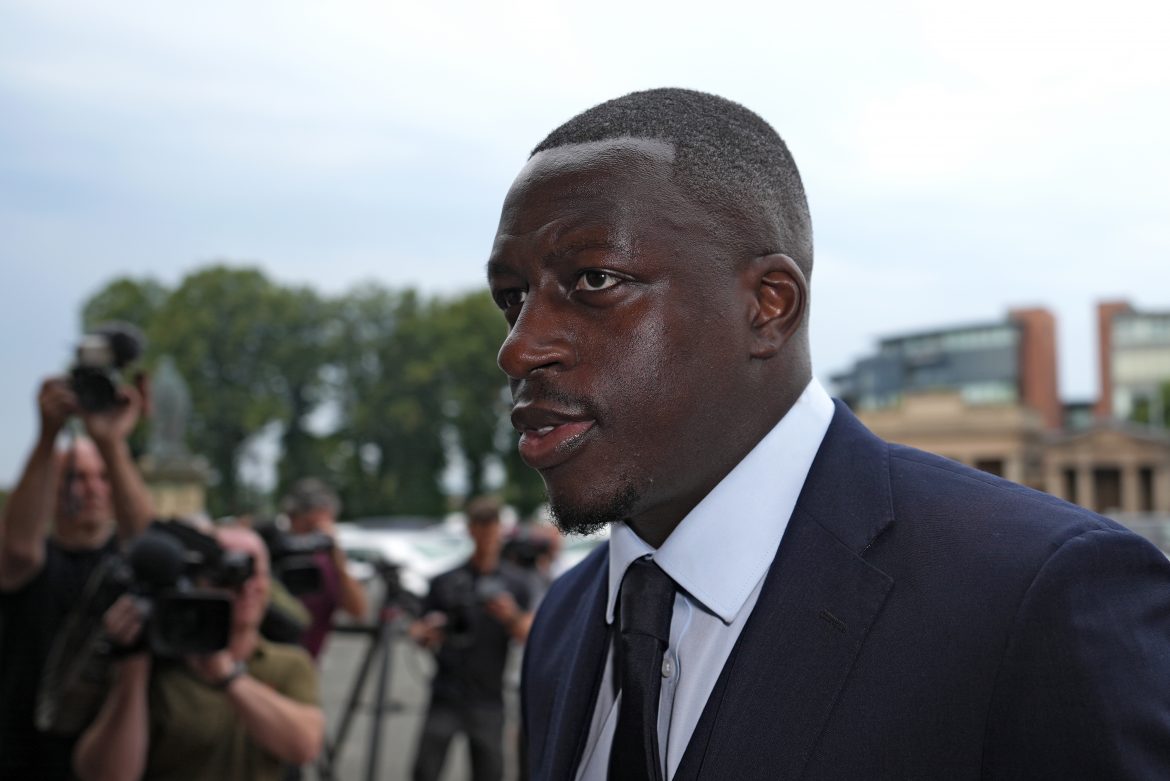 As reported by BBC News, Benjamin Mendy has been found not guilty of one of the counts of rape he is on trail for, at the direction of the judge.

The French left-back remains on trial over seven counts of rape, one of attempted rape and another of sexual assault, against six women, all of which he denies.

His co-defendant Louis Saha Matturie was also found not guilty of two charges of rape against the same woman, with the judge making the order after no further evidence was put forward by the prosecution.

The jurors had been told earlier of evidence of a twenty-minute video taken by Matturie on his mobile phone of him and the woman having sex. Lisa Wilding KC, defending Matturie, suggested that it was “consensual, willing and enthusiastic” sex and not rape, which the woman herself denied.

She also denied being aware that the phone was in front of her during the sex. Wilding then suggested she was looking into the camera “more than once, enjoying what you were doing”, which the woman tearfully denied. When court resumed after lunch, the prosecutor Timothy Kray KC told the court that they were now seeking not guilty verdicts on the alleged offences involving that particular complainant.