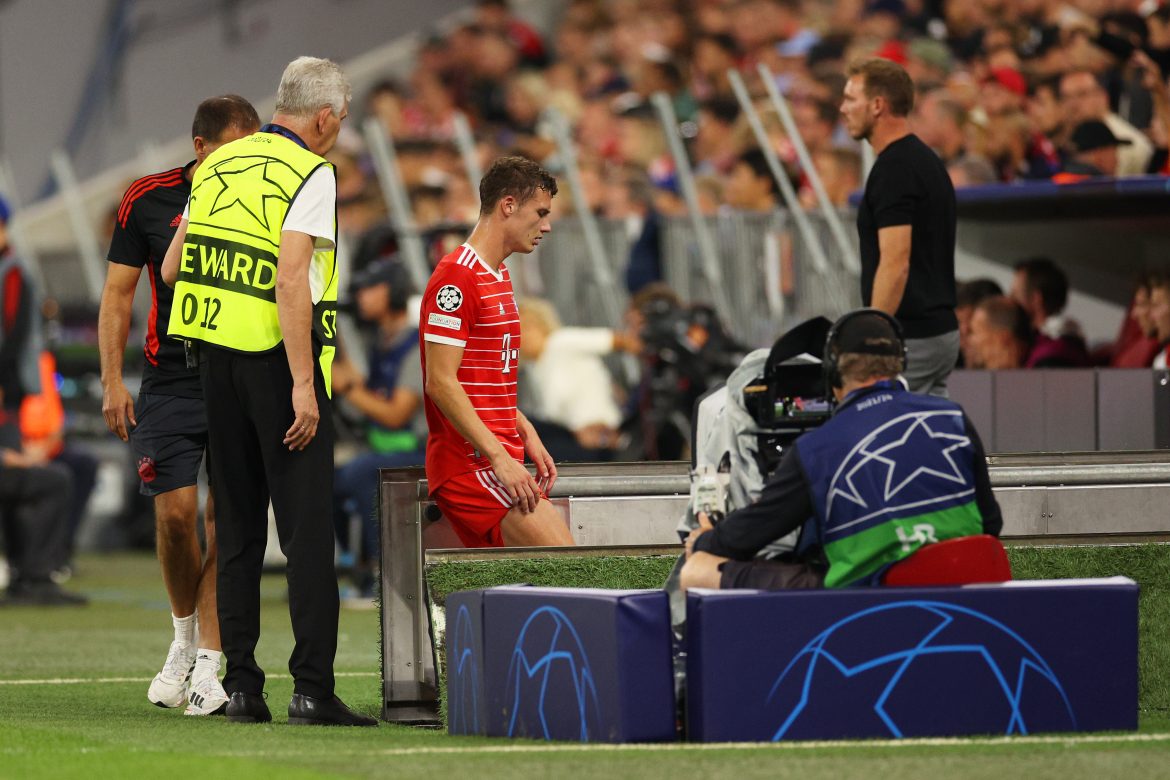 According to L’Équipe following a knock on his right thigh, Bayern Munich and France international Benjamin Pavard had to leave the pitch 20 minutes into his side’s Champions League tie against Barcelona last night. He was replaced by Noussair Mazraoui,

Didier Deschamps is reportedly monitoring the situation. He will announce the next squad for the French national team on Thursday, before Les Bleus play Austria and Denmark in the Nations League – only two months exactly before their World Cup commences on 22nd November against Tunisia.

This follows injury concerns on a number of Les Bleus, including Karim Benzema, Paul Pogba, and Presnel Kimpembe.