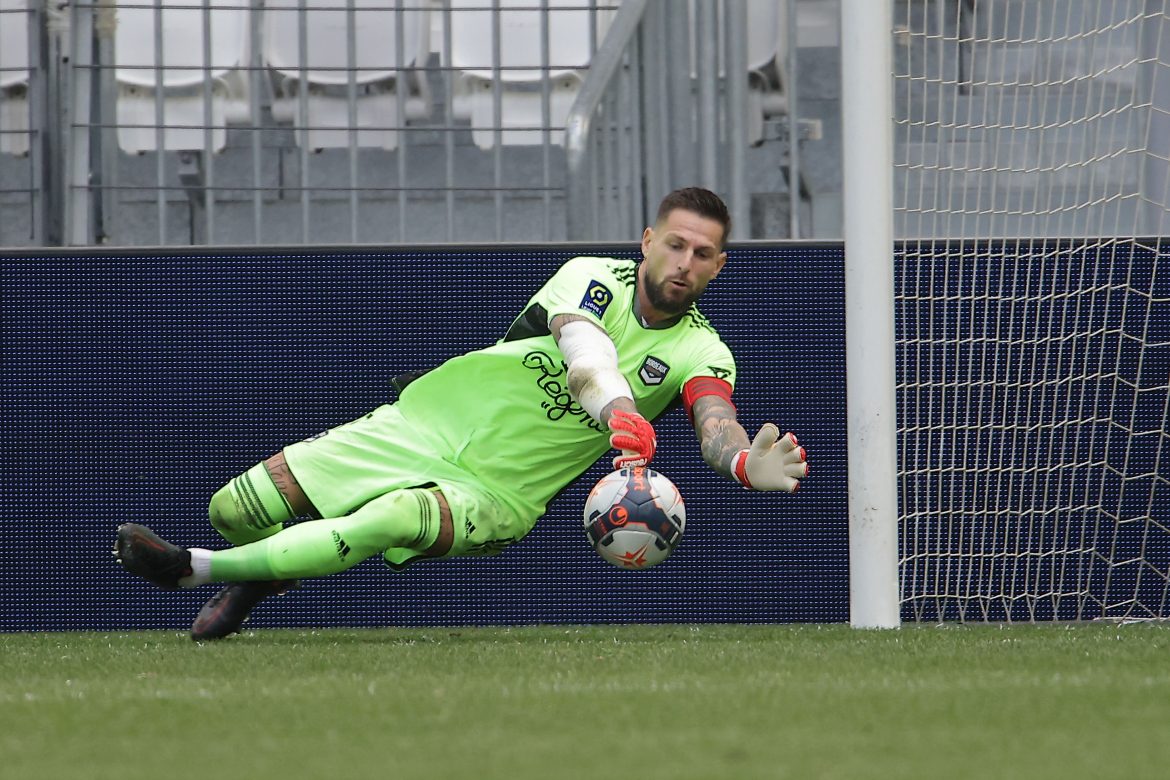 Foot Mercato report this afternoon that newly-promoted Ligue 1 side Auxerre have made the decision to recruit an experienced goalkeeper ahead of the coming season, with Benoît Costil and Gautier Larsonneur on their shortlist.

The Burgundy side have gone as far as initiating contact with several players on their list, including Costil and Larsonneur, of Bordeaux and Brest respectively.

The latter has played his entire career with the Brittany club, having come up through the youth academy as a Breton himself and made a total of 141 appearances for the team. However, this season has seen him dethroned as the number one in the wake of the signing of Dutchman Marco Bizot, who coach Michel Der Zakarian has preferred.

In Costil’s case, the French international is now a free agent, having left Bordeaux unceremoniously following the club’s relegation. Bordeaux could also be liquidated by the end of the month following a failed appeal over their relegation to the third tier for financial issues, meaning the goalkeeper is unlikely to return. A public falling-out with the ultras behind his goal and the loss of his starting spot have also pushed him to the exit door.