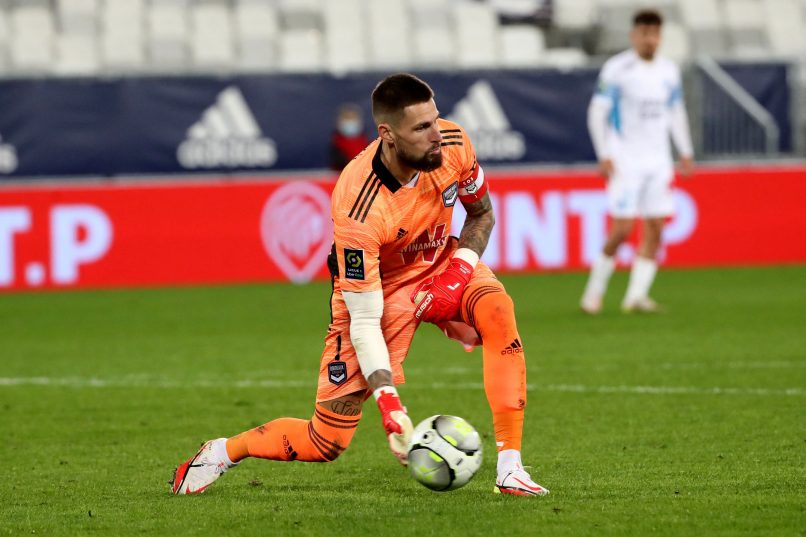 As reported by L’Équipe, Bordeaux goalkeeper Benoît Costil clashed with ultras at half-time during this afternoon’s 2-0 defeat to Montpellier as tensions continue to mount around the bottom placed club.

The Frenchman was making his return from injury and was whistled at and booed for the entirety of the game at every touch.

He then had a very heated discussion with the ultras behind him, which saw stewards intervene to defuse the situation, while projectiles were being thrown at Costil. He made his way to the dressing room to chants of “Costil a****le”, to which he responded by clapping.

Bordeaux fell to yet another defeat this afternoon, being unable to score despite playing the entirety of the second half against nine men. The start of the match had also been delayed due to flares obstructing the players’ view.