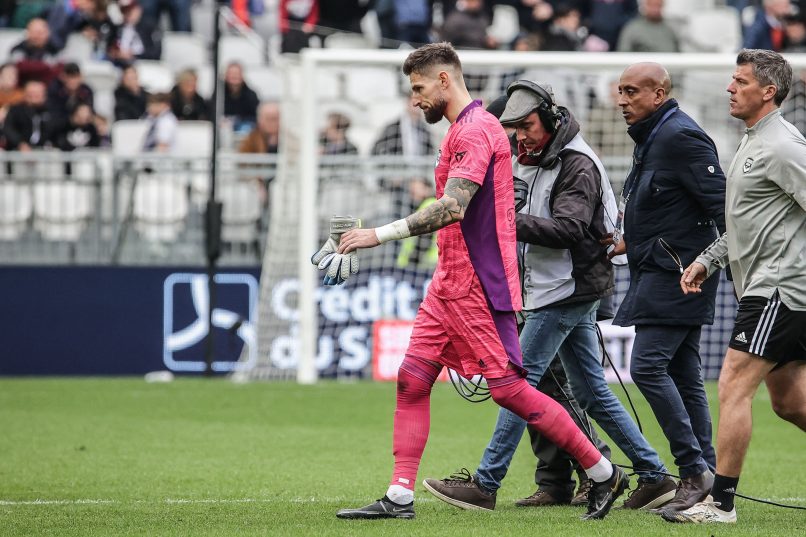 20 minutes report this morning that following his heated clash with the ultras during yesterday’s 2-0 defeat to Montpellier, Bordeaux goalkeeper Benoît Costil has told teammates he is leaving the club.

Costil was the subject of incessant booing and whistling on the part of the Bordeaux ultras, starting from an incident where he reprimanded defender Anel Ahmedhodžić over the visitors’ first goal.

Tensions came to a head at half-time as the French international clashed with Florian Brunet, head of the Ultramarines, the main supporters’ group at Bordeaux. The two men were head to head and the stewards’ involvement was required to defuse the situation. The goalkeeper then walked away visibly miming an insinuation that Brunet was a “sell out”.

For many, the accusation stems from a perceived lack of criticism from the ultras group with regard to owner Gérard Lopez’s management of the club, as Les Girondins sit rock bottom. Costil himself is the subject of criticism over what has been seen as a lack of leadership, along with Laurent Koscielny.

In a post-match statement, the ultras group accused Costil and the former Arsenal defender of “scandalous, sometimes racist” behaviour. Throughout the second half, the former Rennes man was subjected to “Costil, racist” chanting. 20 minutes add that the club will not react to the accusations.

While Koscielny already left the club this winter – taking up an ambassadorial role as foreseen in his original contract – Costil could soon be set to do the same.

The goalkeeper told several teammates and staff on Sunday night that he would not be finishing the season at the club. A friend of Costil’s later told 20 minutes that Costil was reacting in the heat of the moment, but that there would nevertheless be reflections underway.