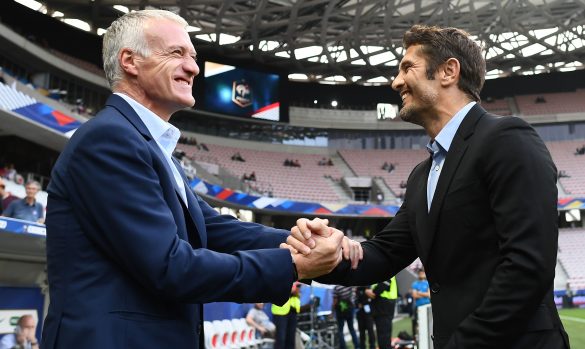 Whilst appearing on TF1 former French international Bixente Lizarazu indicated his fears for Les Bleus – with a French Football Federation that is in crisis two months before the start of the 2022 World Cup in Qatar. He compares the relationship between manager Didier Deschamps and FFF president Noel Le Graët in 2018 to the crisis that the federation are facing in the present, as transcribed by Téléfoot.

“The relationship between Le Graët and Deschamps in 2018 was strong, there was a feeling of authority, of a team that was held together. Now there is a lot of wavering, the Federation is in crisis with very serious issues, which must be dealt with immediately.”

Writing for Josimar, investigative journalist Romain Molina last week revealed 40 years’ worth of alleged sexual abuse cover-ups, not only at the French FA, the FFF, but also within the LFP, which includes Ligue 1 clubs.

So Foot revealed inappropriate text messages sent from FFF president Noël Le Graët to female employees at the FFF. However, as Molina reveals, this is only the tip of the iceberg, and there is a long list of allegations of sexual abuse and harassment, some of which have been suppressed for 40 years.

According to Molina, there have been several cases of sexual abuse, blackmail and harassment towards underage players (boys and girls), that involve coaches, scouts, and agents, as well as senior officials working in the French top flight. He also accuses clubs such as PSG, Lyon and ESTAC Troyes of covering up allegations without taking action.