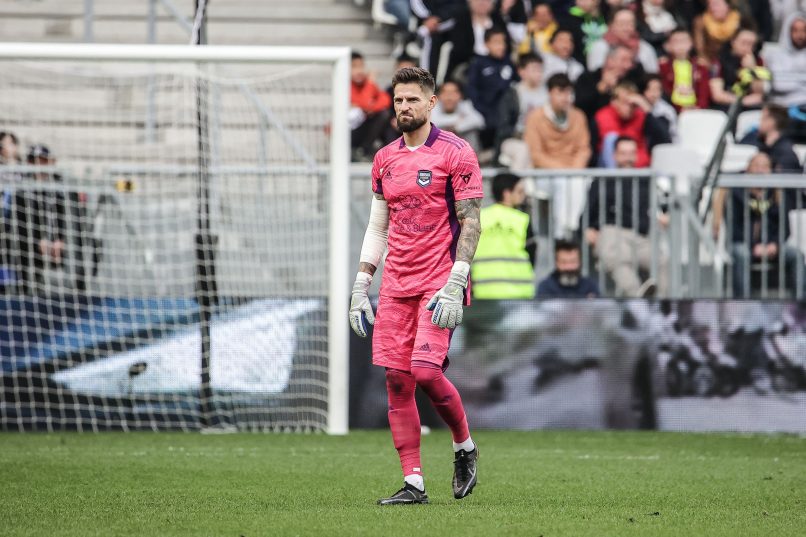 Following his altercation with the leader of the Bordeaux ultras, known as the Ultramarines, and the subsequent accusation of racist behaviour made by the group, goalkeeper Benoît Costil has gathered the support of his teammates and spoken to the club’s management, as reported by 20 Minutes.

This comes after the 34-year-old told a number of players that he was leaving the club, who are struggling this season and are likely to be relegated at the end of the season.

Having turned up to training yesterday and spoken to the Technical Director at the club, Admar Lopes, Costil is reported to be more hesitant in his intentions to leave the club. No conversations have been held on the possibility of ending his contract early.

As clarified by regional publication Sud Ouest, Enock Kwateng and Mbaye Niang denied any act of racism on Costil’s part during the exchange with Bordeaux fans after their game against Montpellier on Sunday. Equally, Grégory Coupet, the goalkeeping coach, and Frédéric Roux, former Bordeaux keeper and friend of Costil’s have given their support.

Yesterday, the entire dressing room met with the directors to show their support for their goalkeeper. Subsequently, the players intend to draft an official statement to the same effect.